What will the audit of SamTrans reveal? 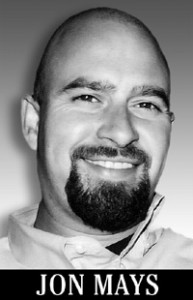 In a Daily Journal story in September 2013, a two-year employee with the transit agency claimed she was defamed, discriminated against and harassed after she questioned certain shipping charges and accounting practices. SamTrans hired an independent outside consultant to investigate the claims and said they were found to be without merit.

The transit agency has been dogged by other allegations in the past year and NBC Bay Area’s investigative team has made a project out of following them up. The investigative team even had the quintessential TV news “gotcha” moment when it showed up at a transit district meeting to talk about the allegations only to be forcefully brushed off.

The District Attorney’s Office began its investigation in August and the hiring of an independent financial auditor should speed up the process.

In fact, the transit district has yet to supply the District Attorney’s Office with any material so far, according to district spokeswoman Jayme Ackemann.

The new auditor, to be paid for by the transit district, will also be independent of the audit firm that handled the district’s financial matters in the past, according to District Attorney Steve Wagstaffe.

“After extensive discussions over a very long period, the transit district board and transit executives agreed with our request and that is why my office made the selection of and retained the auditing firm which will review the financial records,” Wagstaffe said.

SamTrans officials, though limited in what can be said because of the pending litigation, deny the allegations and claim everything has been conducted in the right way.

We are confident … that when all the facts are provided, these stories will be revealed as inaccurate, misleading and replete with misrepresentations,” Ackemann said.

Eventually, the audit report will come out and the District Attorney’s Office will make a determination if the allegations have merit.

The San Mateo-Foster City Elementary School District is undergoing a process to determine with Albion H. Horrall Elementary School should get a new name as part of a new “branding” effort. Apparently, some refer to the school as “Horrible” Horrall and there is sometimes confusion between it and Laurel Elementary School. Some of the name ideas include LEAD or Poplar elementary. I have an idea, unless a school is named after Richard Nixon or say, Leland Yee, keep the name as it is. It was named after the former superintendent for a reason, likely his tremendous contributions to the district and schools in this area. If everything was renamed because of a bad nickname or confusion over something named similarly, that’s all we’d spend our time doing. So please, just keep it Horrall.

A U.S. Supreme Court decision Monday to allow a New York town council to conduct public prayers has at least one direct impact. The Redwood City Council has conducted prayers — or an invocation — before its meetings for years. The council does it with different denominations and languages.

Am I the only one who thinks it’s odd that President Obama decided to make a speech about energy efficiency at the Mountain View Walmart?

Jon Mays is the editor in chief of the Daily Journal. He can be reached at jon@smdailyjournal.com. Follow Jon on Twitter @jonmays.

From ESC Because these above issues are important to our community we have re-broadcasted Jon May’s article so those who may not have read it in the SMDJ paper can do so now. Good stuff. {ksw}