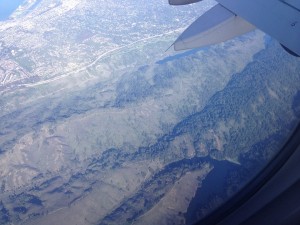 The view of Lake Pilarcitos from plane

Flying out of SFO as the jetliner banks and turns over the SF Watershed is the only legal way to get a firsthand view of the area and what is inside this fantastic publicly owned open space. A network of trails used by the SFPCU as service roads for decades traverse though contrasting microclimates, past untold historical sites, old growth redwood trees, and spectacular views of the watershed and the greater SF Bay Area beyond.

From this aerial vantage point it is not clear to the naked eye where the watershed ends and the parkland begins. This is in stark contrast to the members of the pubic who actively use the parks that bump up against the watershed. At the top of Montara Mountain and at the end of Sweeny Ridge are marvelous views inside the SF Watershed. There are also fences that represent the denied freedom to explore these areas on the well maintained dirt and gravel roads that stretch out before them for miles, and connect the park they are standing on to the ones that surround the watershed on all sides.

The accidental set of circumstances that left the SFPCU in control of the watershed has led to the situation we live in now where the surrounding open space parkland is beloved and protected by the public, as the remaining land on the SF Peninsula has been developed over the past one hundred and fifty years or so. And the ironic situation that those who would like to visit these lands can only do so thousands of feet in the air traveling away from home. 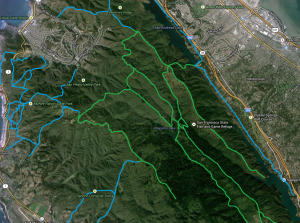 Much to the SFPUC’s credit, after years this pubic institution no longer states on their website that water quality is the reason for the pubic being kept out of these lands. This remains the situation that much of the pubic still believes this reasoning, or is generally uninformed of what the SF Watershed means, what is in it and to what it will mean to the public when it is opened. To those who do know generates the drive to give to deliver to the public that it belongs to.

And to others the bitter taste remains that this area has been closed for so long under false pretenses.

Certainly this effort has its detractors. What is important to note is that the arguments made to keep this place closed are invaluable in creating a plan to open it in a viable and responsible way. Everyone involved in this effort, whether in favor or against has only the best of intentions. Especially in service to the native species of plant and animals that exist in the watershed whether endangered, threatened, or in other standing. 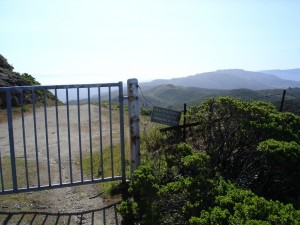 So while it may be premature to conduct one now it is not too early to start thinking about an environmentalreview process, and the ways we can make one occur. Analyzing this area will be a grand undertaking, but it is important to recognize that unlike the creation or inclusion of areas into our park system no one in this movement is advocating cutting any new trails what so ever. Also heavy service vehicles use these trails daily and the roads are maintained by what Tom Steinstra has claimed to have seen firsthand “a large weed whacking machine”. With that in mind it is hard to imagine a scenario that disturbances to the natural environment from hikers and cyclists with inclinations to explore the watershed could not be mitigated.

The poster species to protect in the watershed is li the San Francisco Garter Snake. This and all reptiles are attracted to the roads because they are cold blooded and they can sunbathe there. None the less, the Garter Snake and every other species each lives in the watershed also has dwellings in one or more of the parks that surround the watershed. This makes sense because each of the micro climates and environments in the watershed are replicated to some extent in the surrounding parks. So, each of these parks from McNee Ranch to Sawyer Camp already shows an example of how these species and the public can exist.  In the year 2000 during the last push to open the SF Watershed Jean Rushmore of the Bay Area Ridge Council and the Peninsula Open Space Trust said “Did you know that a garter snake lives very near Sawyer Camp Trail and has never been squashed?” Fourteen years later her words still ring true. 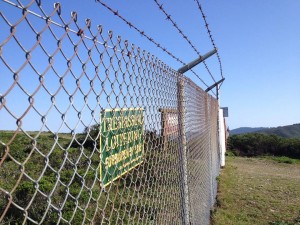 Signs will need to be put in to watch for Garter Snakes, and to stay on trail. This is also an opportunity to inform the public of the wonders that exist in their back yard, and in so doing indoctrinating the next generation whose responsibility it will be to protect these beautiful public lands. A family will be able to stand together and gaze into the valley that holds the water of Crystal Springs Lake below and understand that they are looking into the San Andreas Fault. The same fault that created the metamorphic serpentine sock (our state rock), much of which was weathered away and constituted into the soils to create our unique serpentine grasslands. This environment sets the back drop to learn what plants and animals inhabit these unique places and create a legacy of an informed nature mined public for generations to come.

There are some people who are concerned about litter becoming a problem in the watershed if it is opened. The people who make to the top of Montara Mountain or the end of Sweeny Ridge do not share in these concerns. They know that anyone who self-propels onto these trails will be fierce in protecting their pristine nature, taking only pictures, leaving only the occasional foot, hoof print from equestrians, or mountain bike tire prints. They also know that the parks that are the corridors into the watershed now provide irrefutable proof that the litter concern is largely an imaged one. In the ten years since the docent led program to access the Fifeild-Cahill trail of thousands of people that have used this program there has been only one reported incident of misbehavior by a visitor. So to what extent the danger of litter is, it is a problem that can be relatively easily responsibly tackled.

The push to open this place has a long way to go, but because of the diverse groups in the public who have a stake in an open SF Watershed, the ship has sailed. The public awareness of this place is growing and with it a thirst for knowledge about it and the yearning in the public to see this place first hand. In it is not too late however to get on board in this effort. We welcome you to join us in the effort to open the SF Watershed, and in doing so increasing the quality of life for everyone on the SF Peninsula.

“In order to carry a positive action we must develop here a positive vision.” -Dalai Lama

“The only thing worse than being blind is having sight but no vision.” -Helen Keller