The City of South San Francisco unveiled a new plan today for its downtown area aiming to create a successful and vibrant downtown, promote new mixed-use residential developments and affirm the historic Grand Avenue Corridor as the focus of the community. The plan includes pedestrian- and bicycle-friendly improvements, landscaped green spaces, widened sidewalks, new streets and mass transit options designed to improve the business and residential quality of life in the City. The proposed Downtown Plan is the culmination of over two years of public meetings and analysis, and includes input from residents, business owners, developers, interest groups and others in a concerted effort to improve the downtown business district and surrounding neighborhoods.

“While our downtown has notably improved, we’ve still got a way to go,” said South San Francisco Mayor Karyl Matsumoto, “and this plan will get us there, covering both big picture goals and the nitty-gritty details needed to make our downtown the centerpiece of the City.”

The proposed Downtown plan will be discussed at an Open House event on July 24, 2014, from 6:00 pm to 8:00 pm at the former Ford Dealership Showroom located at 315 Airport Boulevard in South San Francisco. The Open House will include a presentation about the Plan, storyboard depictions and comment stations covering major plan areas. Public comments will be taken in both English and Spanish. The purpose of the meeting is to inform the public about the Plan and to answer questions.

Following the Open House on July 24, the City will review the proposed Downtown Plan with the Parking Place Commission, the Design Review Board, the Parks and Recreation Commission and the Bicycle Pedestrian Advisory Committee. The City Council and the Planning Commission will also hold hearings on the proposed Plan with the goal of having it adopted by the end of 2014. 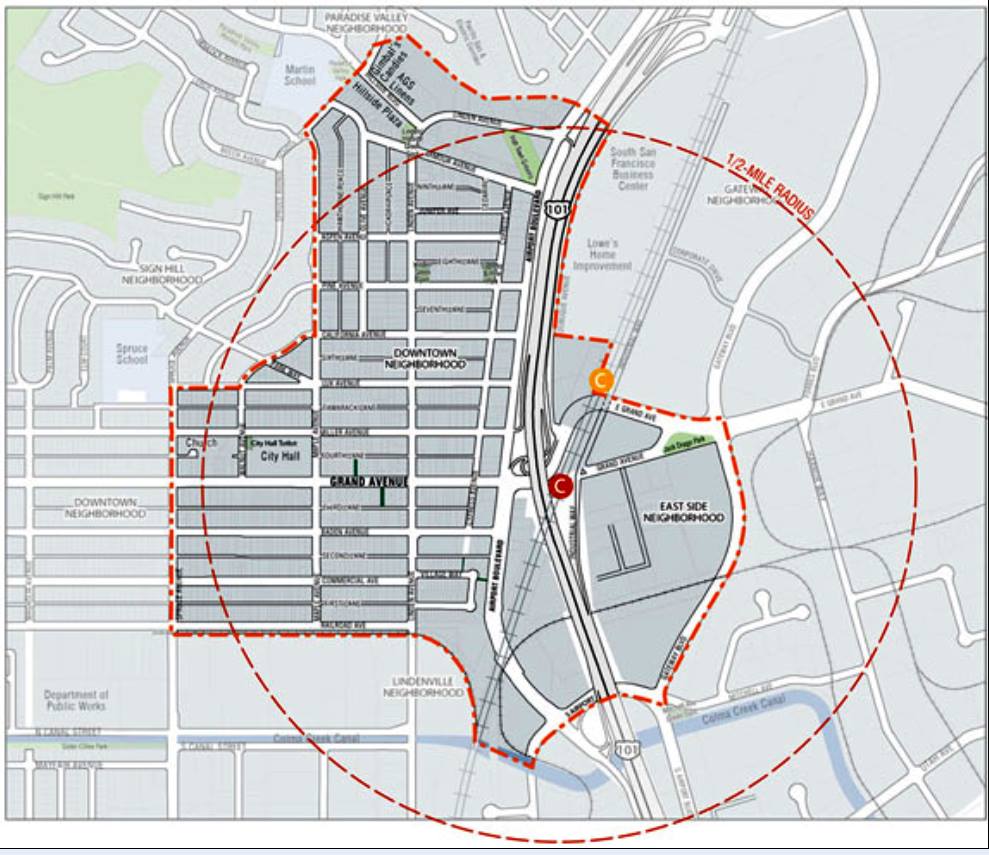