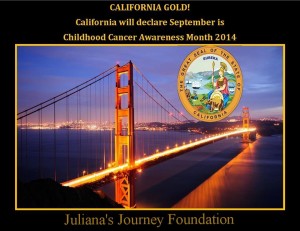 JFF has been very busy between fundraising efforts to underwrite new clinical trials up at UCSF as well as garnering awareness for childhood cancers.  The Foundation Board  Members met up with Daly City Mayor David Canepa and  Ca. State Assemblymen Kevin Mullin at the meet and greet session at  Philz Cofffee Shop in January and were able to share some of their concerns and goals. They were met with encouragement and plans of action. 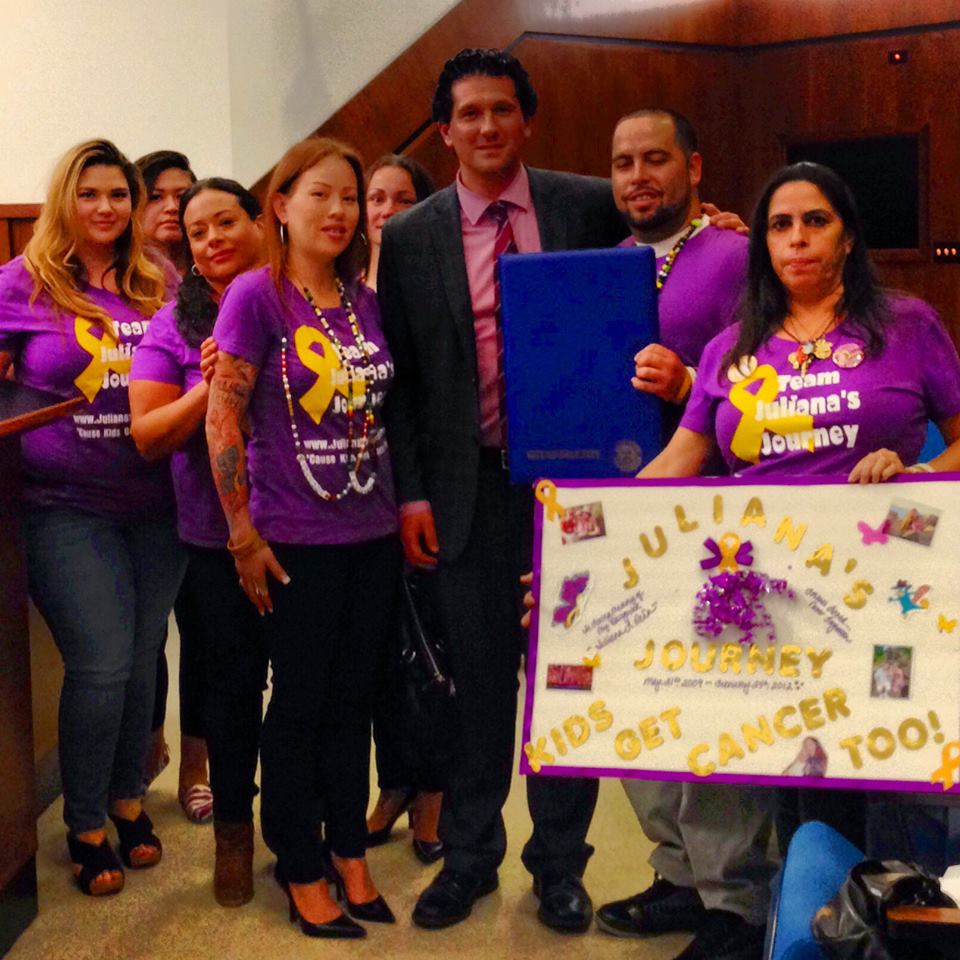 The City of Daly City Proclaimed May 21st a Juliana Peña Day. May 21 is Juliana’s birthday. JFF pictured with DC Mayor Canepa 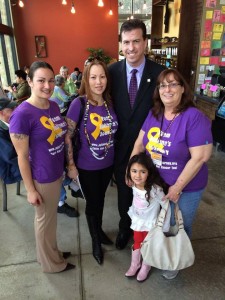 Immediately Canepa invited JFF to present before the Daly City Council, which they did in March. The Daly City Council and Mayor Canepa made a proclamation declaring May 21st, 2014 as ‘Juliana Peña Day’. This date is also Juliana’s birthday.

Assemblyman Mullin, together with Senator Jerry Hill, and Senate President Pro Tempore Darrell Steingberg will now make a State Proclamation declaring September as Childhood Cancer Awareness Month on Monday August 11, 2014 in honor of Juliana’s Journey Foundation. Juliana’s Journey Foundation is inviting the public to attend this event on the State Capital Steps at 10am on Monday. 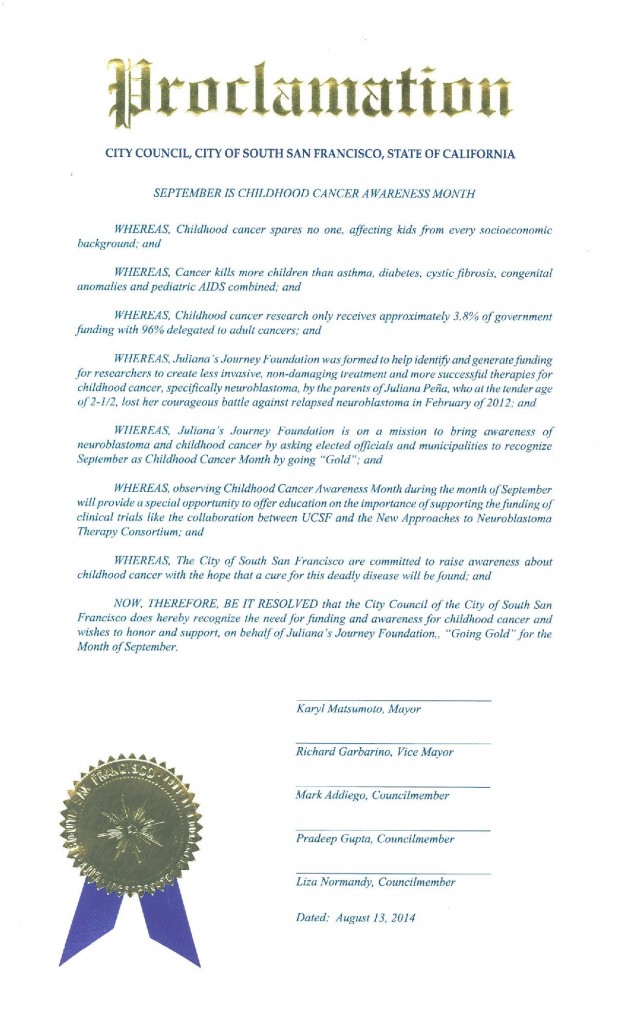 […] own City Council, along with the Cities of Daly City and San Bruno, and the State of California, also made the proclamation at the request of Juliana Journey Foundation.  Local proclamations  were achieved after much work […]