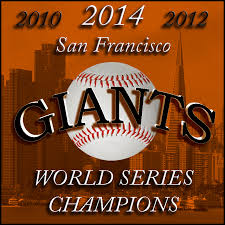 Living in South San Francisco brings us so much amazing energy, especially when our SF Giants will another World Series. Through out the season the excitement builds up leading to our World Series Championship – but it doesn’t stop there. No amount of rain would keep loyal fans from celebrating at the Parade today and the celebration continues as our local Sports Stores prove.

Between ManCave and Lefty’s we have an amazing group of public and private autograph signings as well as photos, jerseys, and so much more. Both of these stores are small businesses that give SO much to our community. They are always there to support our events offering generous raffle and auction prizes.  Remember the holidays are coming up and what a cool way to get a jump on your holiday shopping…… Something at both of these stores for EVERYONE! 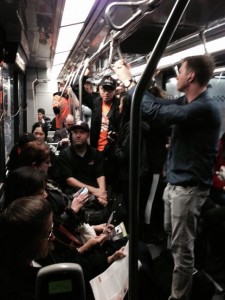 The SF Commute on Parade Day
Photo: Carol B 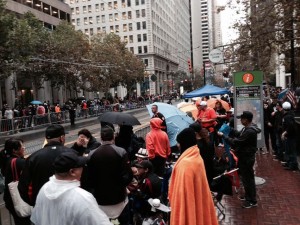 Parade enthusiasts arrive well before the Giants
Photo: Carol B 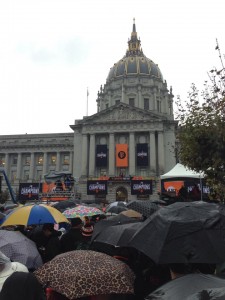 Leftys Sports in Burlingame is offering In-Store Public Signing With:

ManCave Memorabilia in San Carlos is offering In Store Public Signings With:

STAY TUNED FOR MORE SIGNINGS TO BE ANNOUNCED – Check their websites regularly!