On November 19th South San Francisco Police investigators received an anonymous tip regarding the possible identity of the suspect. Investigators followed up on the tip and contacted a 44-year-old South San Francisco resident who voluntarily came to the police station and provided a detailed statement regarding the incident. The information obtained through the interview will be referred to the District Attorney’s office for review.

On 11-08-2014 at about 2:20 p.m., an adult male approached a two year old girl in an aisle of the Costco warehouse located at 1600 El Camino Real Highway in South San Francisco. The man approached the child from behind, looked at her, patted her head, and then stated, “Come over here” while making a circular motion with his right hand. The child’s mother was within 15 feet of the child when this occurred and when the suspect noticed her, he immediately walked away from the child. The man later exited the store without purchasing anything.

The suspect is described as possibly being an Asian male in his 40’s with a mustache, between 5’ 5” and 5’ 7” tall with a medium build, wearing a dark grey or blue jacket with lighter grey panel’s and a black inner lining (the jacket might have been reversible), lighter colored pants (possible khaki), and black shoes. His hair was described as being dark, collar length and unkempt hair thinning on top. The suspect fled the area prior to police arrival and has not been identified. 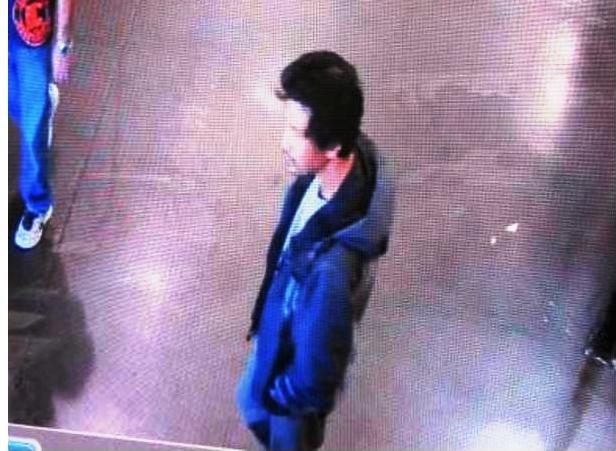 NOTE: Everything South City reported this incident yesterday as it came to us from a neighbor prior to SSFPD putting out this above press release