The heavy winds did a lot of damage in South San Francisco in the past 48 hours. Emergency crews worked non-stop as trees toppled along with power lines and fires on the PGE poles.

Just within 4 hours last night we had five reports of power lines arcing, on fire, or down. Another six calls were made for down trees. In addition a fire requiring full response was reported at 3637 Bassett Court. Neighboring cities also felt similar impact.

Two great resources we encourage neighbors to keep handy include www.FireDispatch.com and PGE outage map. The Firedispatch website gives a brief description to 911 calls made for Fire service which can include medical, public assist, odor investigation, vehicle accidents, downed trees and power lines, hazard materials, and of course fires. Pull down the LOG menu and click South City Fire. The outage map locates areas that have power outage and gives an estimated time of repair.

Below we are sharing many of the photos sent to us by neighbors of damage done. With the long time drought and recent flooding our tree roots were becoming compromised and with the high winds we lost some very old tress. Thank you all who shared. 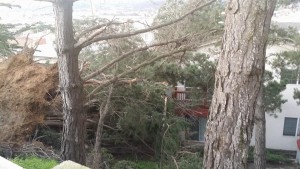 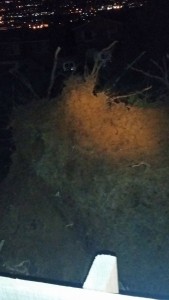 This tree on Rocca fell due to high winds. ‘The root base is about 20 feet wide’ Angela De Benedetto says 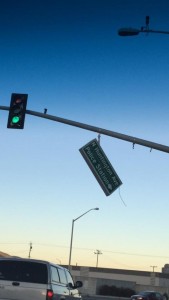 Hanging on there in San Bruno as these high winds do their damage through out the area.
Photo: Ana Ramos 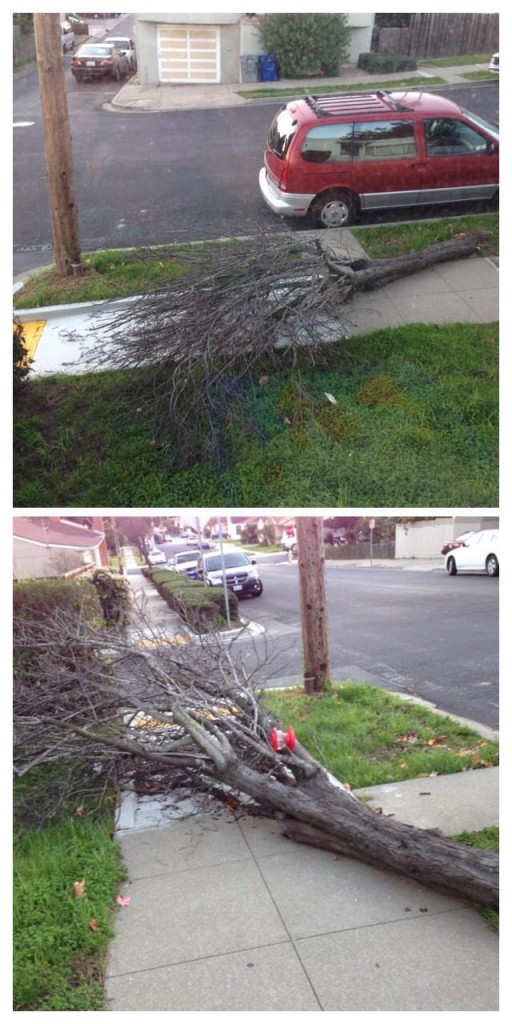 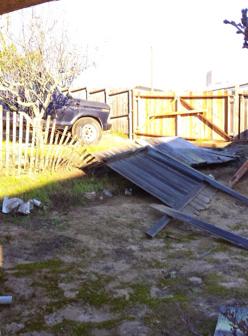 Kathy Altizio Tetreault lost a fence in the fierce winds 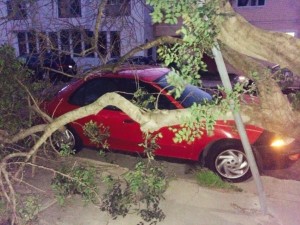 High winds caused this tree to fall on top of a car between Magnolia and Four Lane in SSF
Photo: Olga Ortega 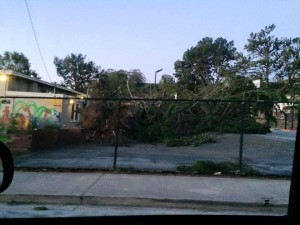 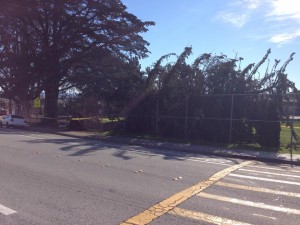 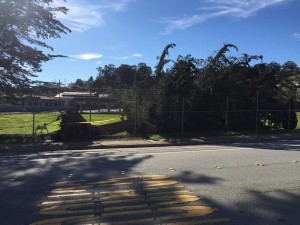 Kim Harrison shares a photo of the tree down at Martin School. 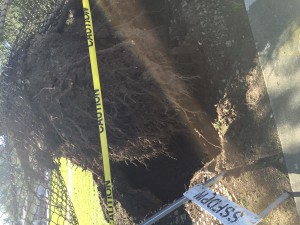 Trees were reported down at the following location within a 4 hour period on December 30th.

Electrical Reports of power lines down, arching, fire locations within a 4 hour period on December 30th.

2 comments for “High winds leave a damage behind”