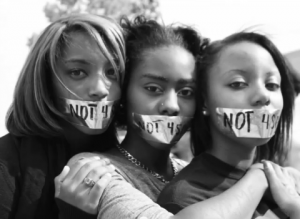 In November 2013, the San Mateo County Police Chiefs’ and Sheriff Association launched an investigative unit comprised of a multi-jurisdictional collaboration of law enforcement agencies to combat human trafficking in San Mateo County. The primary function of the collaboration is to rescue human trafficking victims induced, coerced or forced into a commercial sex operation and identifying and arresting their respective pimps/traffickers.

The rescued victims are then provided services from San Mateo County victim service agencies and non­ governmental organizations, which aid in the restoration of the victims after they have been separated from their traffickers.

More importantly, the task force rescued 8 victims from their respective traffickers, 3 of whom were female juveniles who were coerced, induced or forced into a commercial sex operation.

The 27 individuals arrested for soliciting prostitution are commonly known as “johns” or clients. Their arrests was a clear indication of the task force’s desire to forge a strong focus on the “demand” side of a commercial sex operation, which is often overlooked in the realm of Human Trafficking investigations.

The goal is to target these predators, rescue these victims and provide them with the help and assistance they need to recover from their trauma and restore their lives. We owe it to the many victims of human trafficking not to miss any opportunity to uncover incidents of this vicious crime.

This message sent by South San Francisco Police Department on behalf of the Police Chiefs’ and Sheriff Association of San Mateo County.