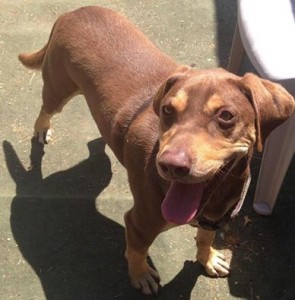 Cappie is missing from Francisco Terrace since New Year’s.

Some of our neighbors from Francisco Terrace have taken a hit twice in the past few weeks. First the storm and flooding left many homes damaged with some neighbors being forced to evacuate. They are still not able to return to their homes to live. As upsetting as this is for humans, it has also caused stress on the pets in this area/

Brianna Stergion was about to feed her dog when she realized he was missing on New Year’s Day. Cappie, a Doberman/ Lab mix did not have a collar on at the time but is chipped. “He’s very scared of loud noises and may have run away if any fireworks went off in the neighborhood last night.” Brianna says.

Flyers have been put up and Brianna continues to search for Cappie, talking to all those see she’s in the city. “I hope someone is waiting to bring him home and has been feeding him or he’s gonna be starved”

Cappie is very friendly, although afraid of loud noises. If you should find him, please contact Brianna at 415/317-9094. Sharing this information with others is a wonderful neighborly thing to do.

The flood damage to the homes in Francisco Terrace have had negative effects on many pets. The two dogs that recently attacked Lorretta Heon while she was walking on Centennial Trail, belonged to home owners that were displaced by the flood. Their Pit Bull and German Shepard had been responsibly locked in yet workers appear to have accidentally left a gate open allowing the dogs to get out. 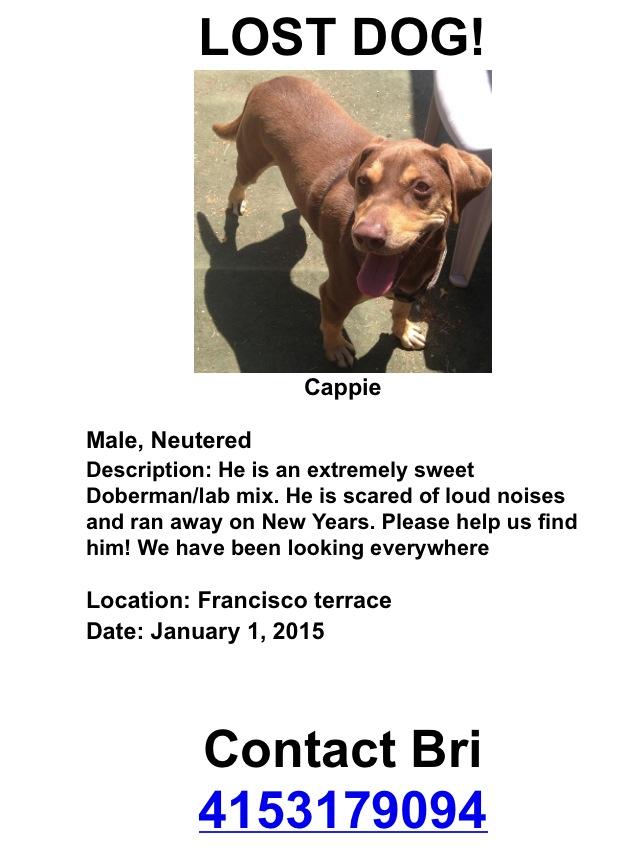