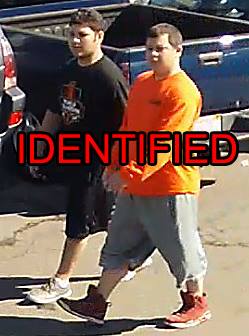 UPDATE: They have been identified and have cooperated in the investigation. It has been confirmed that they are not suspects to the theft.

At about 2:42 am on February 17, 2015, two motorcycles were stolen from an auto sales business on the 500 block of El Camino Real in San Bruno.  Later that same morning, the motorcycles were located and recovered on Lewis Avenue in South San Francisco.  Two suspects have been arrested in the theft of the motorcycles; however, two additional suspects (shown in these photos) have not yet been identified.

If anyone has any information about this case or the identity of the suspects shown in these photos, please contact the South San Francisco Police Department at (650) 877-8900 or via the anonymous Tip Line at (650) 952-2244.  You can also send an e-mail to tips@ssf.net with information.  Please refer to case #15-1096. 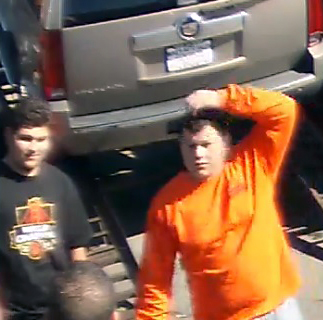 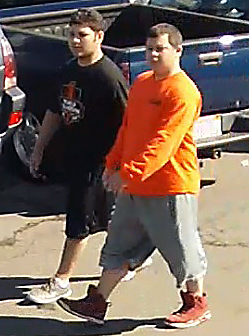