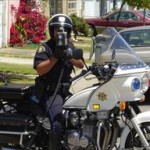 South San Francisco Police Department will be participating in a mandated Radar Survey that requires officers (both sworn and non-sworn employees) in unmarked cars to record the speeds of the vehicles traveling on streets within our City.  The survey, along with an Engineering study, can help determine if the current posted speed limit is appropriate or if the location should be studied for a different speed limit. If further study is deemed necessary it would also include other various factors such as roadway design, cross-traffic, vehicles entering and leaving the roadway due to driveways of businesses, etc.

“The officers are not doing any actual enforcement and no stops are being made and no vehicle or driver information is being captured.  Officers are only recording the speeds of the vehicles.  They are completing a radar survey throughout the entire city.” said SSF Lieutenant Keith Wall “In order to complete a fair and impartial survey, officers use unmarked cars so as to not be immediately noticeable to motorists (if we did it only in marked cars then drivers would slow down just because they saw the marked car). These surveys, and the Engineering study, are required for use to be able to use radar and lidar to conduct speed enforcement. ”

Because the non-uniformed officers have been in unmarked cars we have had many neighbors contact us asking if they were legit. Always remember if you ever have concerns or suspicions contact SSFPD at 650-877-8900 or if you believe it to be an emergency call 911. ‘See something, say something’ is the best way for us all to protect our neighbors and ourselves. For more information on the use of Radar/Lidar click HERE video link.

UPDATE: Results from this STEP activity in SSF & Daly City can be found CLICK HERE

Some neighbors have expressed concern seeing additional patrols, even from other jurisdictions, on our streets today. However, when provided with background information they understand the need to make drivers aware of what can happen in a blink of an eye.

South San Francisco Police Chief Jeff Azzopardi said, “One of the main goals of the South San Francisco Police Department is to promote safe driving habits and reduce accidents on our roadways. The STEP program is a collaborative effort of numerous San Mateo County law enforcement agencies to meet this common goal and make our streets safer for everyone. The theme of this month’s STEP enforcement campaign, “It’s Not Worth It!,” focuses on distracted driving and will serve to remind motorists that texting / talking on a cell phone while driving is not worth the risk of a ticket / fine, a collision, or possibly injuring or killing another person.”

The urge to read and answer an incoming message when we hear the text sound can be almost overwhelming. The Office of Traffic Safety is using a message of “Silence the Distraction” in new public service announcements aimed at getting drivers to tum off their phones while driving so they won’t be tempted.

For more on today’s SMC Saturation STEP program, turn into KRON Stanley Roberts People Behaving Badly segment this evening as he is riding with the STEP officers today and doing an education piece on it for the news this evening.

Special thanks to the following Officers for their help in understanding and reporting on this issue: