These exercises are intended to provide firefighters in San Mateo County hands-on training in fighting fire in wildland environments that simulate potential scenarios during the upcoming fire season.

The drill at Quarry Park will consist of a wildland hoselay, commencing from two locations (1) Mirada East Fire Rd heading northeast along the dirt fire road, and (2) Cortez Ave up the South Ridge Trail. Firefighters will spray a small amount of water along the trail and fire road, but it will not cause significant ground disturbance or erosion. In addition, a CAL FIRE Helicopter will land in the area of Quarry Park and drop water, simulating firefighting operations by damping down the fire ahead of the on-the-ground firefighters. There will be less than 10 water drops which will simulate a moderate misting rain. Bulldozers, driven along preexisting roads, will provide practical experience for ground crews working around a large bulldozer in the event of a fire occurring in the wildland/urban interface.

The San Bruno Mountain Park exercise will include a wildland hoselay and brush cutting of invasive species. The San Mateo County Parks Department’s Natural Resource Manager will be on site to oversee the protection of sensitive species.

Questions about the exercises should be directed to the CAL FIRE Training Officer at (650) 726-5213. 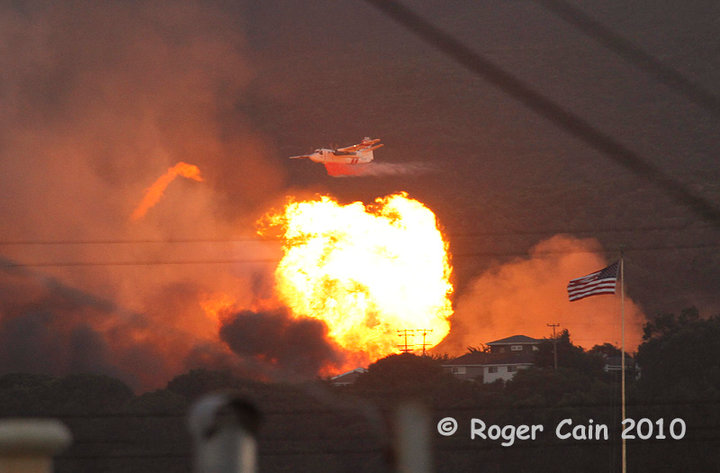