The Cooperstown dream may have come true in 1996 when the first youth baseball teams played their first game on these magnificent fields in nearby Hartwick Seminary. But the dream became real to our South San Francisco Youth Baseball Team in 2000 when our local coaches dared to dream big too.

Mike Callero, Jim Bernadini, Jim Elder and Vince Leveroni were the founding fathers of our own dream team; SSF FOG, a group of 12 year old Bronco players who are given the opportunity to live out the fantasy of so many youth and play in Cooperstown.

This year we are once again given the opportunity to bring the dream alive for our South City Fog Team and we can only do that with the help of our community. Please read their letter and help as you can. We will add updates as they become available. 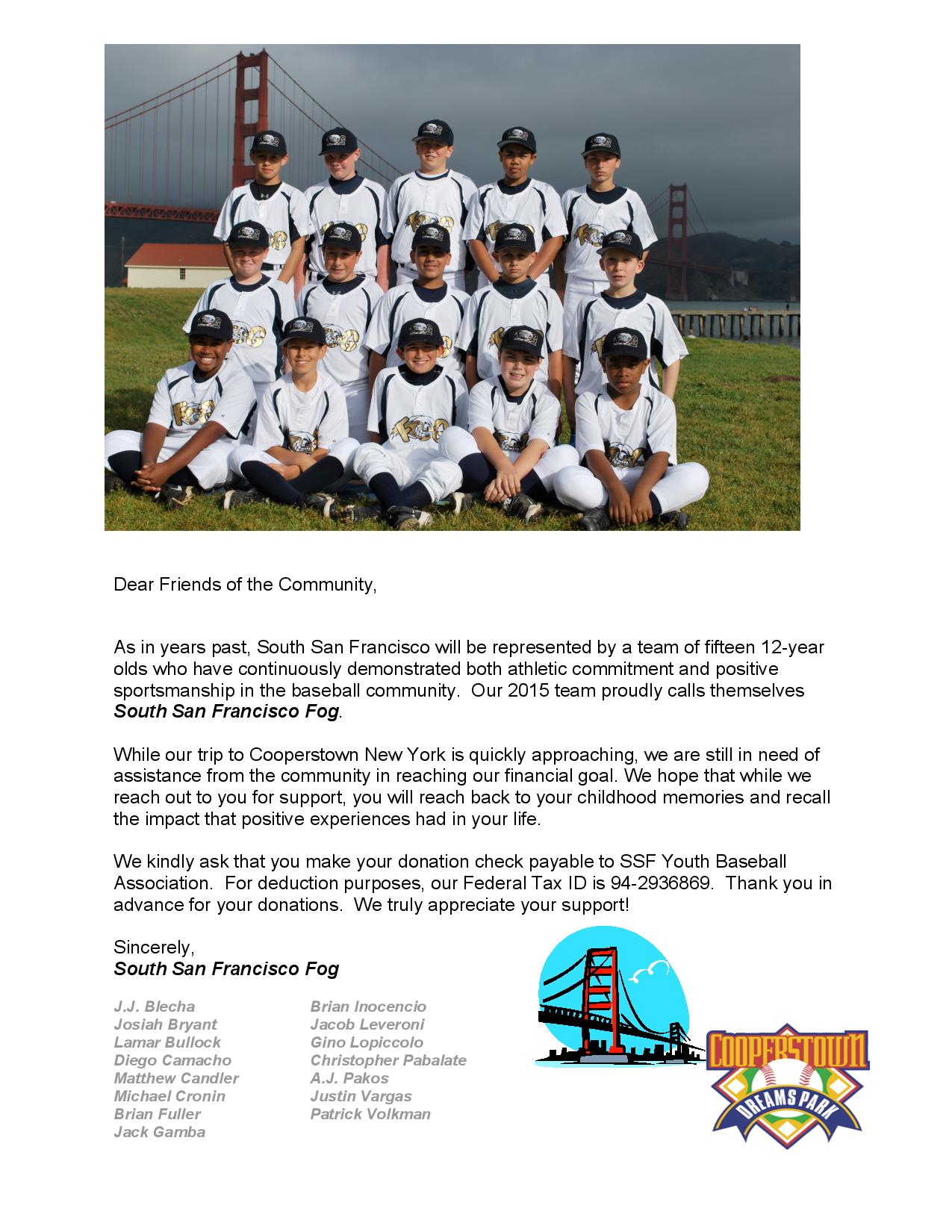 Cooperstown, New York is a small village with a 2010 census population of 1,852 and is located a few miles from Cooperstown Dream Park. It is famous for its world renowned reputation of being the home to the National Baseball Hall of Fame and Museum. This honor was bestowed upon this town (which is named after Judge William Cooper in 1785) because of the reported history stating baseball was invented there by Abner Doubleday, on a cow pasture, back in 1839.  This dream of a baseball village started with a grandfather exclaiming “…every kid in America should have the opportunity to play baseball in Cooperstown!” and lived on in the heart of Louis A Presutti.  Sadly Presutti passed before this dream could be made a reality by his grandson, Lou III, who completed this amazing feat in time to host the first competitions in 1996. To date over 1,200 teams from our 50 states as well as other countries have played in one or more of the 22 lighted enclosed baseball stadiums on this 150 acre baseball village.

Where do we sent check to?