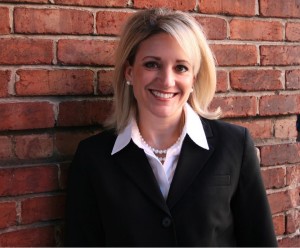 Leslie Arroyo has been named SSF Director of Communication

Leslie Arroyo has been named the City of South San Francisco’s new Director of Communication. Arroyo has nearly twenty years of private sector experience in the field of Communication and brings a diverse background to this role. Leslie will lead the charge in sharing information about the City’s key activities, issues and developments, facilitating continued transparency and openness.

“South San Francisco’s growth and improvement bring opportunities to engage in an ongoing dialogue with residents, businesses, and visitors about the future of our City. Leslie’s private sector experience in marketing, branding and social media, along with a complete customer-centric focus, will help empower our community,” said City Manager Mike Futrell.

Arroyo began her career as a consultant for Accenture, specializing in process and change management. In 2000, her career took a different path and she chose to become a television news reporter and anchor. She worked for NBC affiliates in Chico, Calif. and Reno, Nevada, specializing in education and politics. She eventually landed in a top 15 market within four years of being in television, working for KMSP-TV. During her on-air career, she was selected as a National Press Foundation Fellow. In 2005, she left her career as a television journalist and began her award-winning corporate public relations career. Her latest position was working for Ketchum, a prominent global PR firm in San Francisco. She was a Vice President, Management Supervisor, as well as the firm’s west coast media trainer. During her ten years in public relations, she has counseled clients on public relations and advertising programs, handled crisis communications and developed long-range strategic communication plans.

Arroyo has a Bachelor of Science degree in Management, with an emphasis in marketing and communications from the University of Minnesota’s Carlson School of Management and a Master’s in Business Administration from San Francisco State University.

She has served on the Board of Directors for San Francisco’s Public Relations Society of America. She sits on the board of the California Association of Public Information Officials (CAPIO), and is a member of the National Information Officers Association (NIOA) and the City-County Communications & Marketing Association (3CMA).

“It’s an exciting time to be a part of the City of South San Francisco,” says Arroyo. “This City has so much history to share with others…and also much to look forward to. It will be critical to maintain the City’s history, while communicating the City’s future”