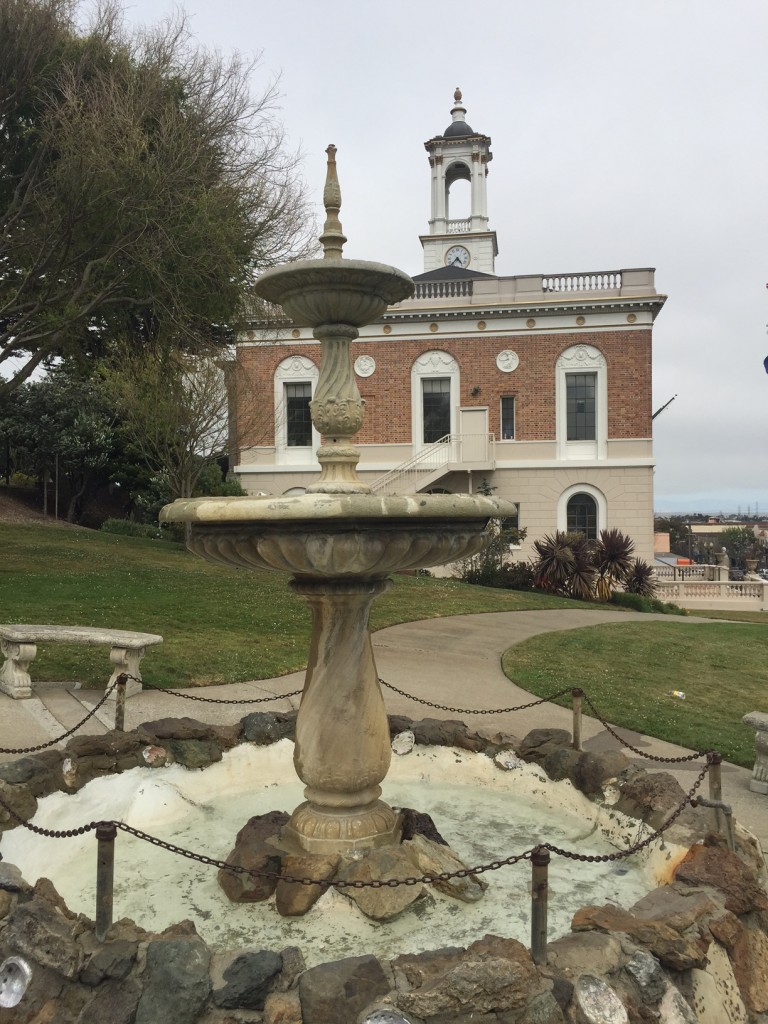 The Fountain was donated in 1929 by the South San Francisco Women’s Club in memory of Marianne Martin who founded the club in 1914.
Photo: Leslie Arroyo, City of SSF

City officials have made the decision to shut off the fountain located outside of City Hall on Grand Avenue in South San Francisco. Even though the water in the fountain is re-circulating, the City needs to completely refill its 650 gallon volume due to evaporation or by blow-off from the wind every 8.6 days. It is estimated nearly 28,000 gallons of water will be saved annually by this one act alone.

The much loved Fountain was donated in 1929 by the South San Francisco Women’s Club in memory of Marianne Martin who founded the club in 1914. Through the years thousands of residents and visitors have tossed a coin into this fountain while making a secret wish. We look forward to the return of our running water once the drought is securely behind us.

The public is invited to this historical event on Monday June 1st at 11:00 AM at City Hall (400 Grand Avenue) when Mayor Richard Garbarino will ‘pull the plug’ as the City continues to find ways to reduce water usage. California Water Service Company and Westborough Water District will be on hand to answer resident questions and share handouts regarding water conservation.

The City prides itself on the pro-active attempts made to reduce water usage.   In 2014, staff reduced water consumption by over 20% of 2013 levels by taking a hard line on water conservation, turning off water for established and ornamental landscaped areas, and reducing the amount and frequency of water irrigating parks areas. In the first quarter of the 2015 calendar year, staff further reduced water use by an additional 53% over 2014 levels, which amounted to a 47% reduction compared to 2013.