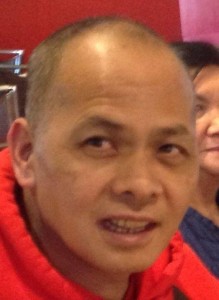 Randy Lee is missing from his Daly City home

UPDATE FROM DALY CITY POLICE**Missing Person Randy Lee has been located and is safe.

58 year old Randy Lee walked away from a group home on Sweetwood Drive in Daly City, yesterday (Saturday), May 23, 2015 at 1:30 p.m. Lee is on medication, took them yesterday, but does not have them now. He has never walked away before, and he does not have any family or friends in the area. Lee liked to frequent the San Francisco area, primarily Chinatown. He is also able to travel by BART and municipal transportation on his own; however, he left his residence without any cash or credit cards.

Randy Lee is described as Chinese, 5’4”, 186 pounds, gray/brown hair (balding), brown eyes, and speaks primarily Cantonese, although he can communicate in English. It is unknown what he was wearing when he disappeared.

***UPDATE; DALY CITY POLICE DEPARTMENT HAVE ANNOUNCED THAT MISSING PERSON RANDY LEE HAS BEEN LOCATED AND IS SAFE. 9:30AM 5/31/2015