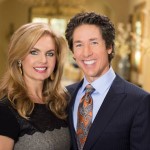 The San Francisco Giants​  are excited to announce an evening with Joel & Victoria Osteen at AT&T Park​ on Saturday, August 8th, 2015. America’s Night of Hope is an evening of inspiration, hope, worship, and encouragement. The 2.5 hour event is filled with praise and worship music, encouragement from Victoria Osteen, a special testimonial from Dodie Osteen, and an inspiring message from Joel Osteen.

Seats are based upon availability and will be sold on a first-come, first-served basis.

Joel Osteen is a native Texan and the Pastor at Lakewood Church, which according to Church Growth Today is America’s largest and fastest growing church. Each week, Joel delivers God’s message of hope and encouragement to more than 38,000 attendees. According to Nielsen Media Research, Joel is the most watched inspirational figure in America. His weekly sermon is broadcast into every U.S. television market where it is viewed by seven million Americans each week and more than 20 million each month. His weekly broadcast is also seen in almost 100 nations around the world.

Victoria Osteen is a life-long Houstonian who began her career in her family’s business. Now as a supportive wife, mother of two children and a co-pastor of Lakewood Church in Houston, TX, Victoria is an inspiration and mentor to women everywhere. She is committed to helping women, children and families discover their purpose and reach their highest potential in Christ.