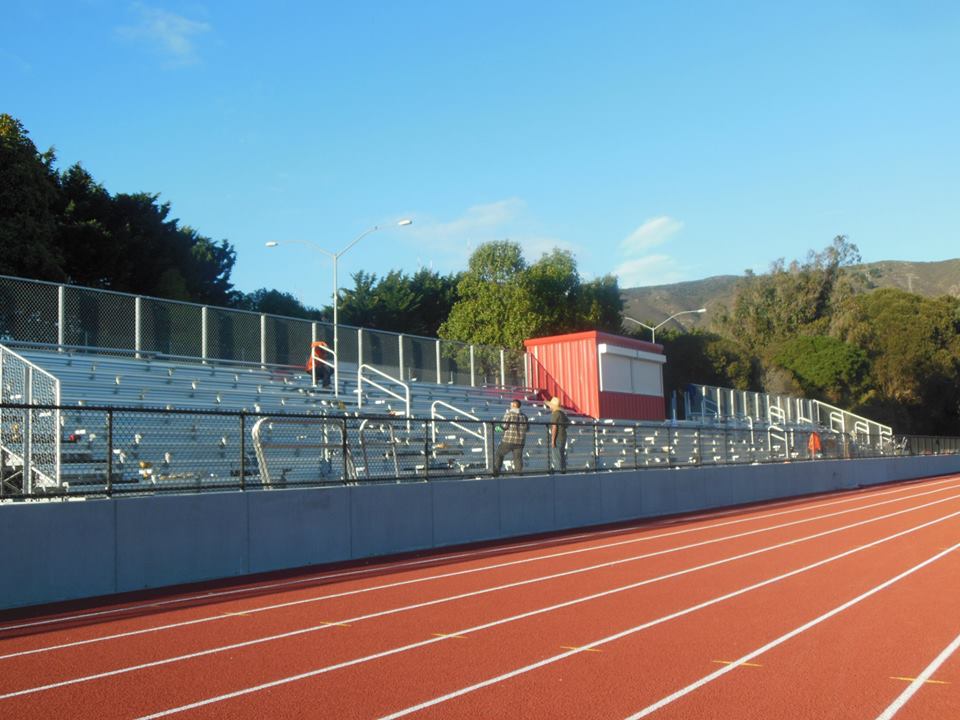 ECHS Track has long been used by neighbors

The El Camino High School Track and Field renovation lead the way for local neighbors to reap some of the benefits from the Measure J funds by allowing public use on the new fields. The old field has long been a favorite walking area for locals and many were eager to get back at it once the field was completed.

However, Pat Murray was disappointed last year when she was not able to utilize the fields when she found them closed, as other neighbors also learned. School Board Trustee Maurice Goodman worked through the issue and soon the fields were opened to the public during non-school hours.

Then summer came. And along with it frustration that as school was close, now were the fields.  Terry Gala Avelar contacted Everything South City with the following concern:

“Summer Bust: This summer I was looking forward to using the newly renovated track at El Camino High School after reading that it was open to the residents in the Sunshine Gardens area. I walked up there with my fitness tracker, headphones on ready to enjoy the track just to find it locked. Next day I called the SSF School district to make sure it was ok to go and walk and verify the hours I was told 7-7 p.m it was good. Next day tried again, Nope it was locked. Called back, I was told since summer school was in session it was only from 4-6 pm. Ok went back during those times, it was closed again.

Fast forward the entire summer approx 8 calls later, I was told 1-6pm, try the other gate, it should be open, everyday but Sat’s etc etc etc. I have tried to go walking at least 10 more times and every single time its locked. So…… it is open to the public or not? Does anyone know the times??? Because every person I have spoken to has a different time (and none of them are accurate). I have also been told its summer. Well yes I know its summer but I would imagine it would be harder to walk there when school is in session and the students are using it for football practice or track. Everything South City please help clear up all the confusion and let the residents of SSF know when and if its truly open to the public or was it just a nice thing to tell say, but not truly meant?? Thanks.”

Terry wasn’t the only person who was frustrated and disappointed, others expressed similar situations. We contacted our newly appointed Superintendent, Dr. Shawnterra Moore. She immediately replied that she would gather the information for us. As the new school year had just started we knew there were other matters that vied for her attention and greatly appreciated her response a few weeks later. Below is her response.

As promised, here is the information regarding the ECHS Track and Field hours.

Saturday – Closed to the public.

Open from 8:00-4:30 pm. * However, until we hire security for Sundays, it will not be open to the public; the anticipated start date for access will be September 6, 2015.

Community members can call (650) 877-8718 if they have any questions regarding the hours for access.

Members of the public are asked to help preserve the investment in the facility and remember this facility cannot be damaged. Rules regarding use of the track and field (i.e. no vehicles, dogs, alcohol, etc.) are posted at the entrance to the facility and must be followed. Also, no organized activities can be held without an approved permit from the Facilities Department.