The Measure J Citizens’ Bond Oversight Committee (CBOC) reports ‘significant mismanagement issues  and possible misapplication of bond funds that may have occurred’ and are recommending further investigation by appropriate authorities as they state the Committee had not received sufficient information to perform their oversight responsibilities effectively.

“It was not until April 2015 that the public was finally informed that the $20 million in savings that will result from the Chevron ‘SOLAR’ project, will actually cost taxpayers between $45 and $52 million (including interest)”  the Winston Manor Community Association (WMCA) wrote back in September,  “This is an excessive loss of public funds and taxpayers will be paying this debt for the next 40 years.”

‘We do not understand how the Board of Trustees can possibly justify this loss or to have incurred this amount as a taxpayer liability. The public deserves to know why the Chevron project will result in such a significant loss to taxpayers. This project was not included in the May 2015 Forensic Audit. Therefore, we call upon the Board of Trustees to have this project investigated and fully audited and to explain and justify this expenditure‘ the WMCA continued.

In addition to the Chevron Solar Project, questions remain unanswered regarding the Project Frog Buildings including the contractors, project suppliers, architects and professionals who contracted with the District and who have been negligent in the performance of their duties and responsibilities. “These individuals and businesses should be held accountable for any negligence that may have occurred.” the Winston Manor Community Association sited. Now the CBOC concurs further investigation must be done by appropriate parties.  “…during the major part of the last 3 years the CBOC has been intentionally mislead and misinformed.” the Annual report concludes ‘CBOC reporting is supposed to ensure and inform the community that the CBOC is confident that the District has properly and prudently manages its tax dollars. At this time it is very difficult if not impossible for the CBOC to indicate a sufficient level of confidence in the financial reporting, to make this determination’

Earlier this month the Winston Manor Community Association had published an ‘Open Letter to the Community’ informing the public what they had learned after attending District Board meetings  as well as CBOC meetings, since the inception of the approval of Measure J Bond.  CLICK HERE for that publication.

The Measure J Citizens’ Bond Oversight Committee has put out the annual report which is detailed below. The SSFUSD Measure J Bond Newsletter update was released yesterday and can be found CLICK HERE and acknowledges ‘the Measure J Bond Program has been going through some  changes…. and key players have left the district‘.

The community now insists that further investigation be done so the public has a complete understanding of how mismanagement of our tax monies came to be, and to hold those at fault responsible for their actions.

FOR MORE ON MEASURE J, INCLUDING PAST ARTICLES AND COMMUNITY COMMENTS, PLEASE CLICK HERE

*An update was made at 10:05 to adjust formatting issues that erased the last word on a few on the above sentences. 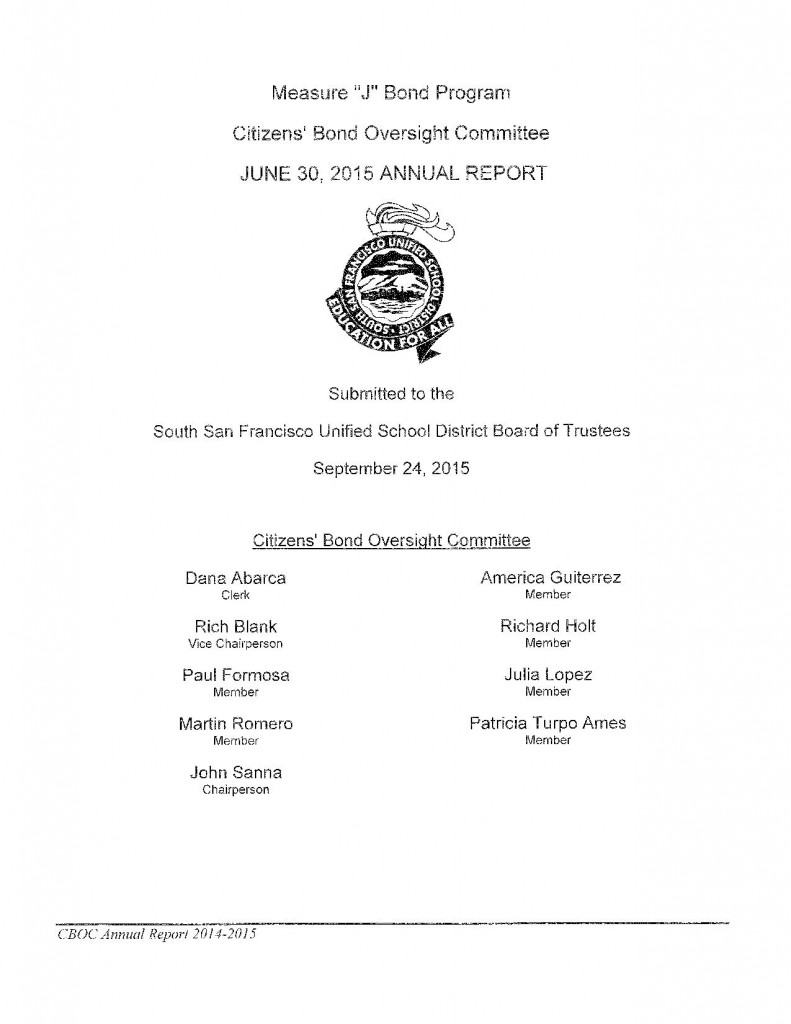 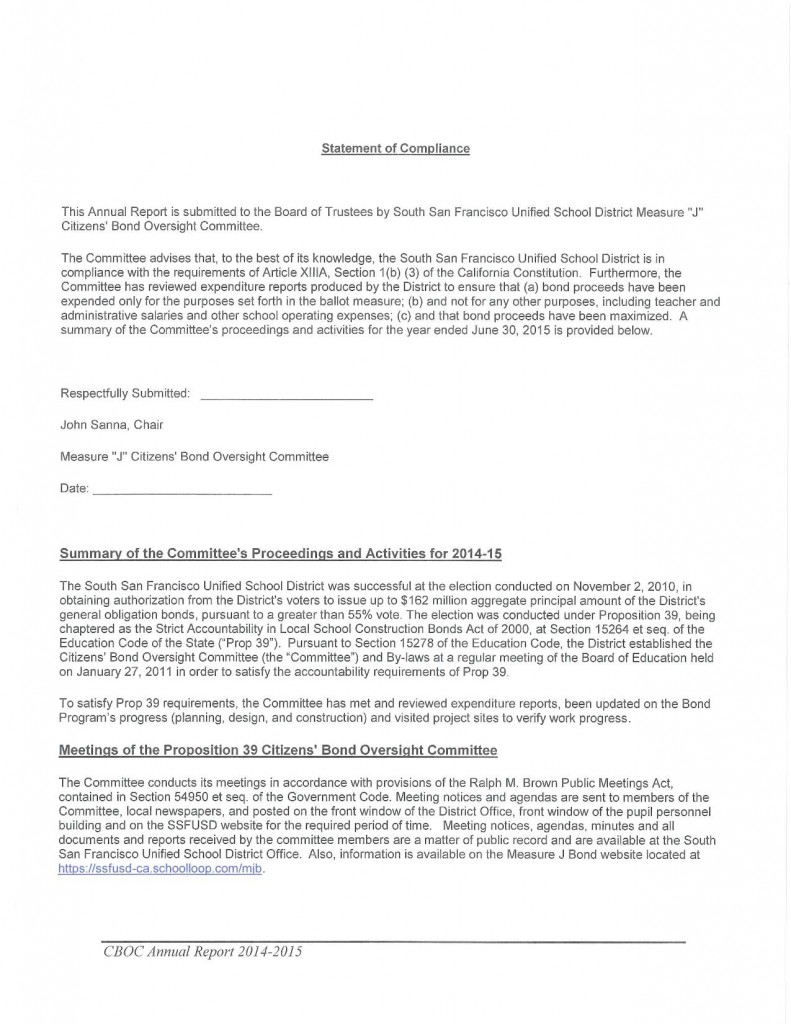 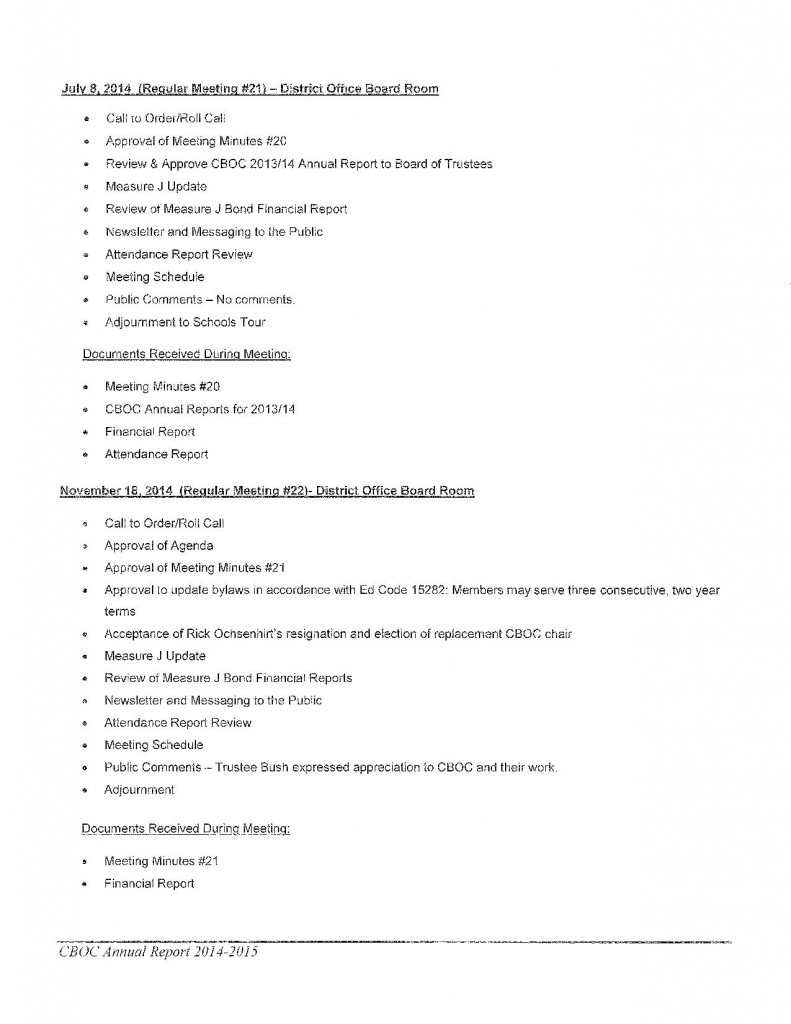 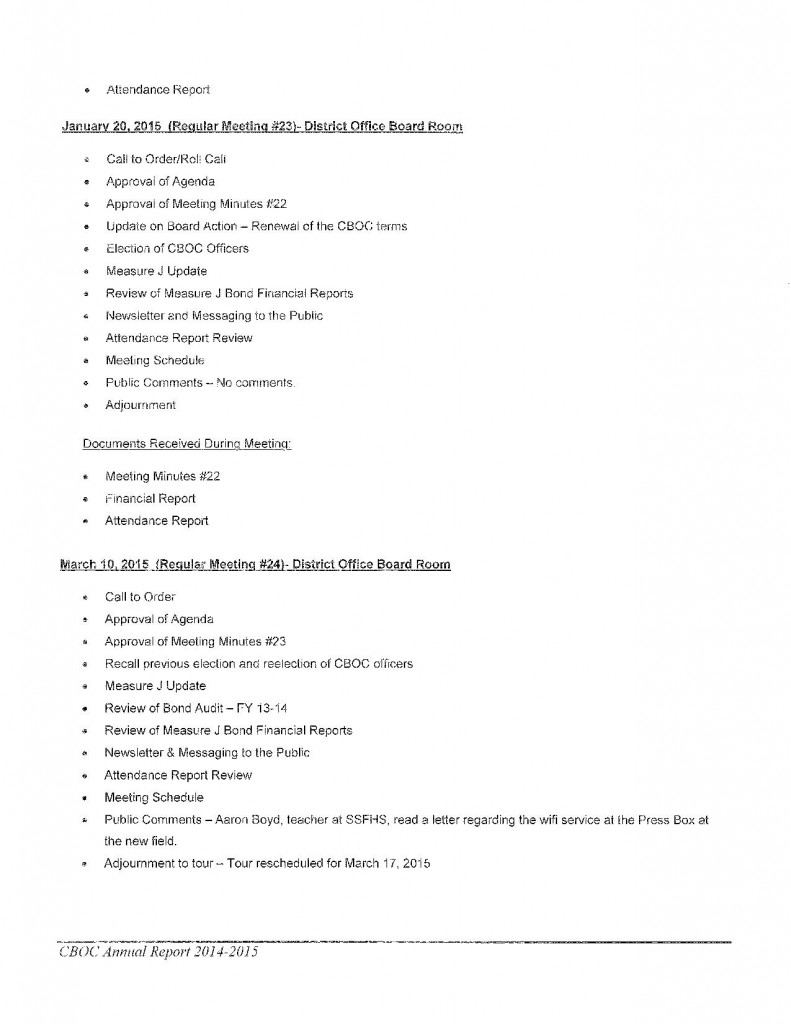 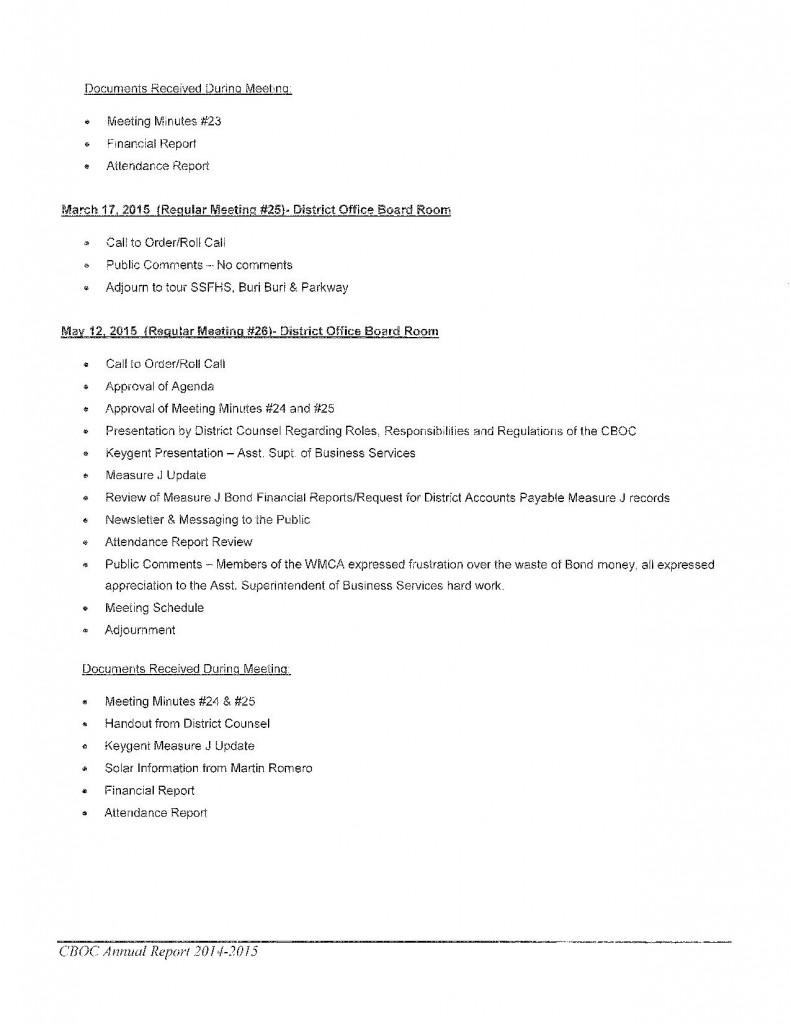 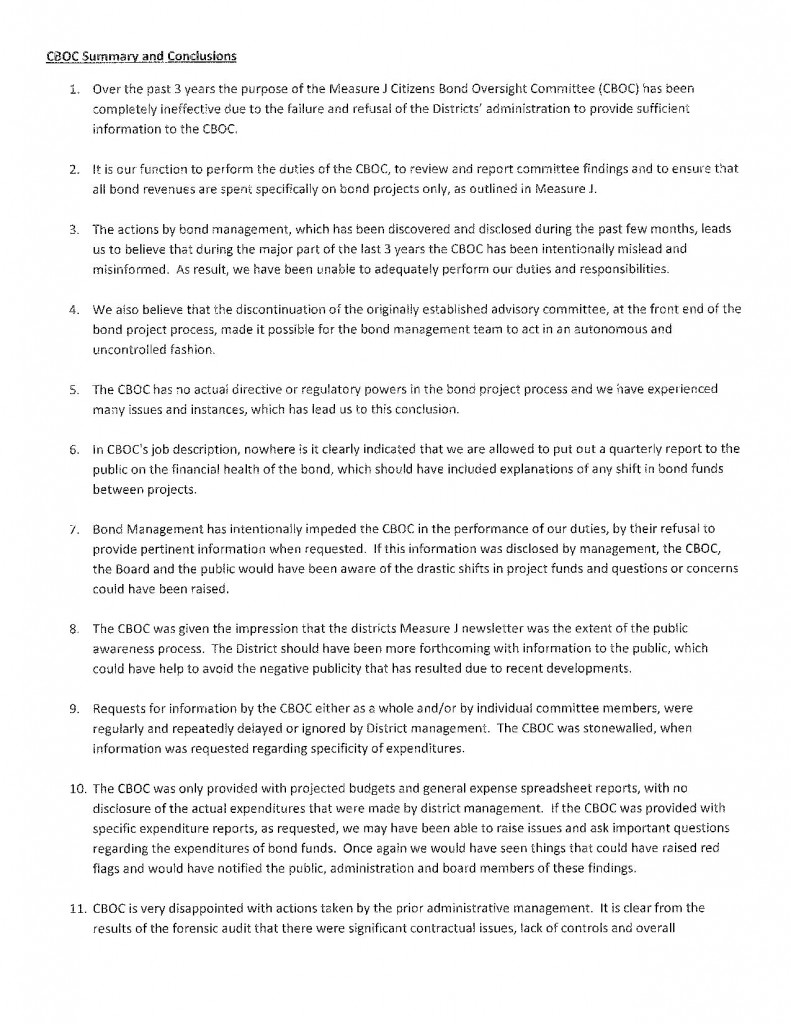