South San Francisco is showing its unity with the French after Friday’s terrorist attacks that left at least 128 dead and 352 injured, by lighting up City Hall with blue, representing liberty, white, representing equality, and red, representing fraternity – the meaning and symbolism of the colors of the French flag.

“There are no words that can describe the deep sympathy we have for the families in Paris and for the families all over the world affected by this tragedy,” says Mayor Rich Garbarino. “It’s important for us to show solidarity. At a time such as this, we are all French. Cowardly events such as these cut to the core of our own personal freedoms.”

“France is one of our oldest allies and today, we mourn with her, standing in unity for a free and peaceful world,” says Garbarino. 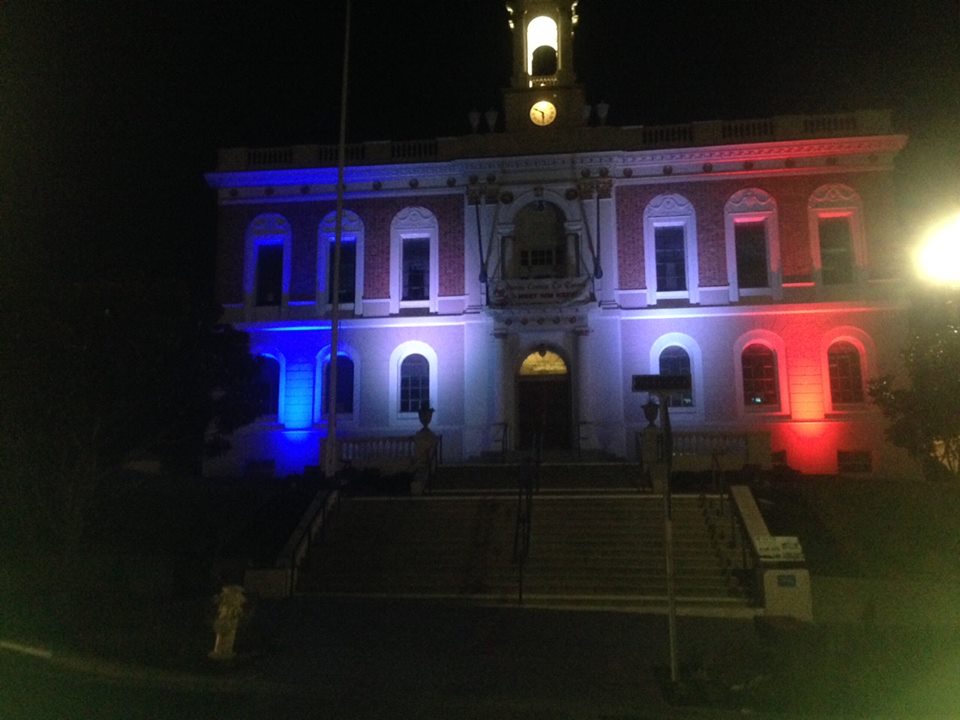