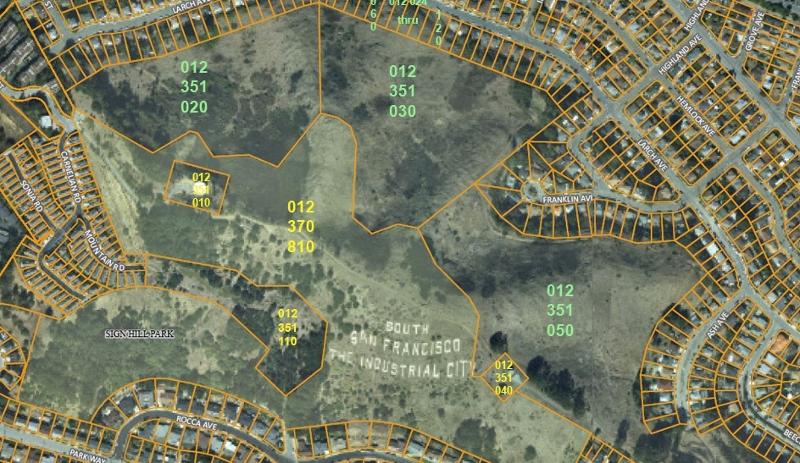 We have worked to meet with all councilmembers annually for nearly the past decade and have recieved support in the concept of preserving these parcels. At the encouragement of Mayor Richard Garbarino to SFPOSC co-founder Del Schembari, a meeting was set wtih the new City Manager Mike Futrell and long time SSF Parks and Recreation Director Sharon Ranals, along with SFPOSC member Kamala Silva Wolfe,  to discuss possible acquisition of the eastern and northern parcels.  The new SSF Communications Director Leslie Arroyo sat in on the meetings as well.

The SFPOSC have met twice and are encouraged about Futrell’s forward moving ideas on how to acquire this property, noting this is something that should have been done previously and to move forward with the intent these parcels are preserved. He further directed the discussion on how these parcels would be maintained and agreed to a community meeting in the new year.

Concurrently Councilmember Mark Addiego met with Mr Syme the executive of the Syme Trust which currently owns parcel #012-351-020 and #012-351-030 that borders Larch Avenue and other streets in the Sterling Terrace neighborhood. The purpose was to identify any other City own parcels that might be ‘swapped’ and the one location on Airport Blvd that interested Syme, Futrell has said is off the table as he had other visions for that area.

With the passage of Measure W we now have some $$ to begin more serious discussions of acquisition & maintenance. A community meeting will be held in the near future. Stay tuned for more info…..