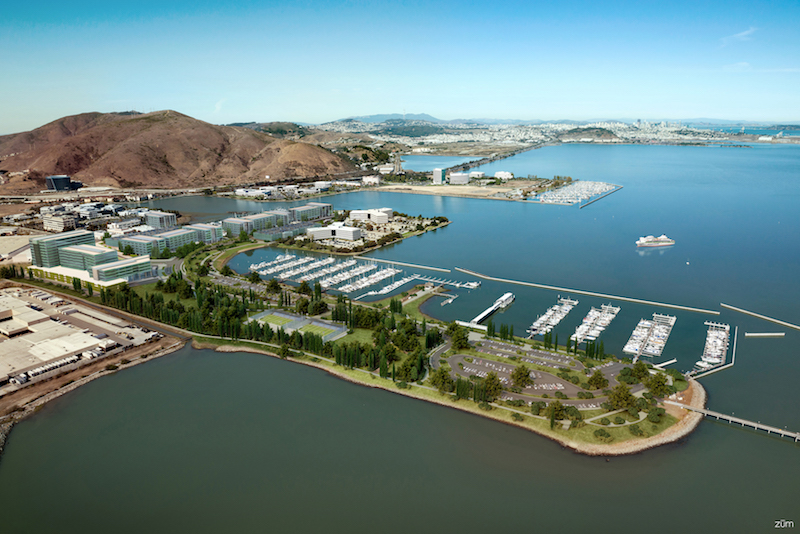 San Francisco-based Shorenstein Properties and SKS Partners are seeking to capitalize its development site in South San Francisco, The Landing at Oyster Point. The amount of capital that could be brought into the project could be somewhere in the range of $150 million to $200 million.

This project, situated at 375-389 Oyster Point Blvd, is now fully entitled and ready for the re-development to be started. The two owners of the project had held their ownership of the development site since 2008 when they paid $84 million for it. At that time the project was un-entitled. Shorenstein and SKS have since successfully taken the project through the entitlement process.

The 42-acre project can support the development of 2.25 million square feet of space. It’s currently zoned for either life sciences or office space. The development site has an existing 443,000 square foot business park, 235-berth marina village and a 30-room boutique hotel. This real estate would be demolished as part the new development.

To find sources for the capitalization, Shorenstein and SKS has hired the JLL Capital Markets team in its San Francisco and Menlo Park offices. The people involved are managing directors Michel Seifer, Rob Hielscher, Erik Doyle and Will Connors, as well as Erik Hanson, a vice president.

“It’s incredibly rare that an investment opportunity of this scale becomes available in the San Francisco Bay Area market, especially one that is fully entitled and strategically located in the flourishing Peninsula office market between Palo Alto and San Francisco. The timing for this investment is good. Last year, the Bay Area captured $24.7 billion, half of all U.S. venture capital funding, and technology and healthcare/biotech companies are looking to expand their presence in the heart of the most prominent life science cluster in the world. We expect to receive significant interest in the opportunity at The Landing at Oyster Point from both domestic and foreign investors,” said Seifer in a prepared statement.

The Registry is an integrated Bay Area real estate news company. We provide broad and relevant industry coverage focusing on analysis, information gathering and breaking news in the real estate and related sectors.