On 1-20-16 at about 0245, SMPD officers responded to a report from an urgent 911 caller who reported that a male prowler with a flashlight was trying to break into his home on Green Oak Court. The victim remained on the line as officers responded, reporting that the suspect had broken into a side gate and then tried to force entry to the home. Officers arrived in less than three minutes and immediately encountered a female suspect who appeared to be rummaging suspiciously through a nearby vehicle. A K9 officer approached the female on foot to investigate the nature of her presence. The officer identified himself and repeatedly ordered the female to stop. The female ignored those orders and ran away from the scene, fleeing into the driver’s side of a second vehicle nearby. As the officer continued to give the female lawful orders in an attempt to detain her, he approached the front drivers side fender of the suspect vehicle with his K9 by his side. The female suddenly started the engine and accelerated quickly away from the curb line, turning the vehicle sharply and deliberately towards both the officer and his K9, accelerating towards them at a rate of speed sufficient to cause a squealing of her tires heard by several witnesses in the area. In an attempt to stop or divert the path of the fleeing vehicle and in defense of his life and the life of his K9 partner, the officer was forced to discharge his firearm at the vehicle. The female suspect narrowly missed striking the officer and K9 with her vehicle and she continued to flee from the scene. The suspect’s escape route was quickly blocked only moments later by additional SMPD patrol vehicles arriving in the area, at which time she surrendered without further incident and was safely taken into custody. Neither the female suspect nor the police officer and K9 were injured during the incident.

SMPD Officers then moved in position to secure the area and began a comprehensive house to house search of the residences and related properties in the area to locate the original male suspect, closing off a radius of approximately 4-5 city blocks as a “Shelter in Place” was issued via the Reverse 911 – Rapid Notify system to residents in the area. The investigation and search continued until SMPD Officers were satisfied that the suspect was no longer in the area and there was no further danger to the community. SMPD Detectives worked through the morning to locate the outstanding male suspect, learning that a suspicious male had called for a taxi near the Crystal Springs Shopping Center shortly after the incident. Working in cooperation with investigators from the San Bruno Police Department, SMPD Detectives arrested the male suspect in San Bruno at about 7:00 AM this morning.

SMPD wishes to commend the original victim in this case for their calm demeanor while calling 911 during an otherwise intense and potentially dangerous situation as he watched a subject attempting to break into his home in the middle of the night. By providing responding officers with the critical information needed to coordinate their urgent response to the incident, the caller enabled SMPD officers to get the female suspect into custody before she was able to flee the scene. That in turn afforded us the investigative leads needed to arrest the second suspect just hours later. We may never know the suspects’ true intentions in forcing entry to an occupied family residence and thus we are grateful this incident was brought to a successful conclusion with both perpetrators now in custody and unable to pose further threat to our community. 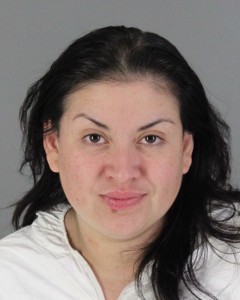 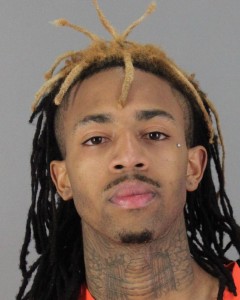 ESC is sharing this in light of the recent increase in burglaries in San Mateo County. The suspects are from neighboring San Bruno.

← Attempted Break-in on Home near Parkway Middle School
Housing Crisis: Affordable for Locals or High End for Wealthy Techies – A Neighbor Weighs In →