On 1/19/2016, at approximately 10:20 am, a male victim reported that he and the male suspect, who  was later identified as Christian Mares of South San Francisco were involved in a verbal argument on the 600 block of Fourth Lane. During the argument, Mares removed a handgun and shot at the victim’s vehicle as the victim drove away. The victim was not hit by the gunfire and was uninjured. A perimeter was established on the surrounding streets and the North County Regional SWAT Team responded to a residence on the 600 block of Grand Avenue where Mares was believed to be hiding. A search of the home and area was completed, yet Mares could not be located.

Mares is wanted for 664/187 PC, attempted murder and has not yet been apprehended. 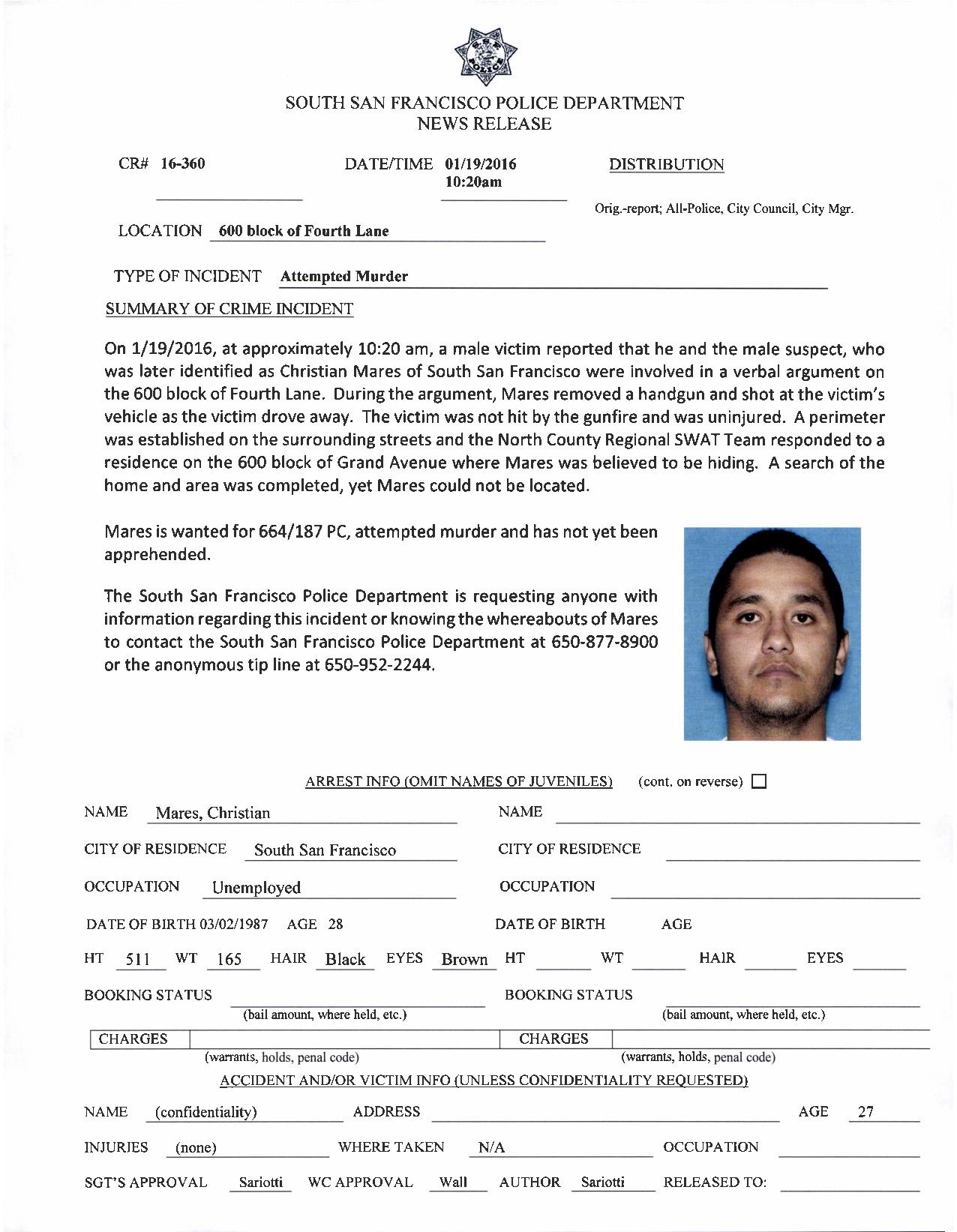 ← Who Would be Your Choice For SSFUSD Trustee Appointment?
A City Owned Landfill—Subsidized by Countywide Property Tax—is Sinking into the Bay →