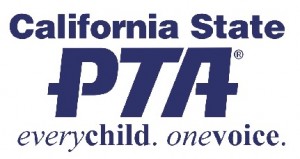 Your child’s personal information is being released: Voice your concerns NOW

A February federal court ruling is requiring the California Department of Education to release all personal data — even including names and Social Security numbers — on general and special education students since Jan. 1, 2008: more than 10 million students including your child’s information. Take action now to voice your objection to releasing your child’s personal information!

What you can do right now: Voice your objection
Follow these step-by-step instructions to complete the Objection to Disclosure of Student Information and Records:

2. Mail the completed form, one for each student, exactly as required to:

California Department of Education
1430 N Street
Sacramento, CA 95814
Attn: State Superintendent Tom Torlakson, Morgan Hill Court Ruling.
The deadline to submit objection forms and make your voice heard is April 1, so don’t delay – get yours in the mail to the court and CDE today! Do not fax or email the form, and do not phone or message – only hard-copy forms will be accepted.

WHAT CALIFORNIA STATE PTA IS DOING

It’s hard to fathom that a judge would allow such an overexposure of children’s information. While California State PTA is not part of the court ruling, we are exploring other avenues to delay, reduce or possibly reverse the release of so much of our children’s personal information. California State PTA has a long history of protecting and upholding students’ privacy rights, and today is no different. Read our media statement, and we’ll keep you updated as we learn more.

In April 2012, the Morgan Hill Concerned Parents Association and the Concerned Parent Association filed a lawsuit against the California Department of Education (CDE) alleging non-compliance by local education agencies with special education laws. The suit also alleges the CDE fails to monitor, investigate and correct such non-compliance in accordance with the law.
While this lawsuit called for students’ general demographic information, a federal court has just ruled that CDE must release all data — even including names and Social Security numbers — it has collected on general and special education students since Jan. 1, 2008 – more than 10 million students. Find out more from the CDE. Read the California Department of Education’s media statement.
This message is being sent to all PTA members.
Please share with parents, families and your school community.

Responding to overwhelming public protest, a federal judge has decided records of 10 million California students won’t be released to attorneys in a special-education lawsuit….After news of the pending data release spread, the court has been so inundated with objection forms that it can’t even read them. Mueller this week ordered the forms archived in sealed boxes.  MORE INFO ON THIS LINK HERE