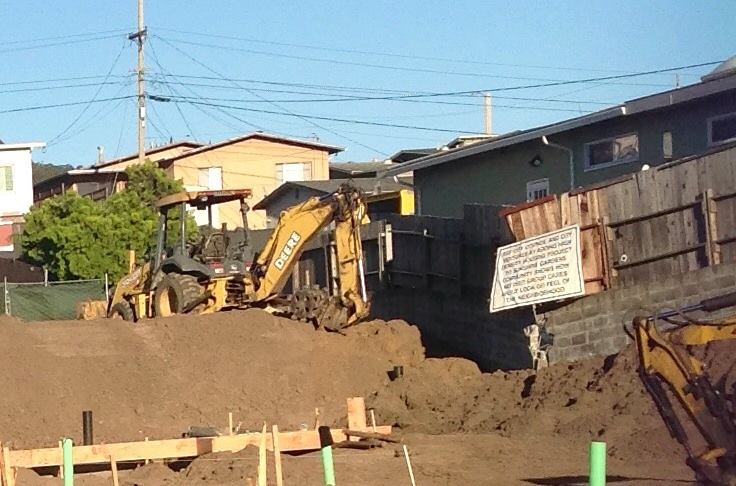 What once was an even grade has been compromised
Photo: ESC

Neighbors continue to be perplexed by the lack of correction to the sink hole problem that hit the Ornellas family on Thanksgiving morning last November in their Sunshine Garden home at 1243 Edgewood Drive South San Francisco. 100 days later and the problem continues. 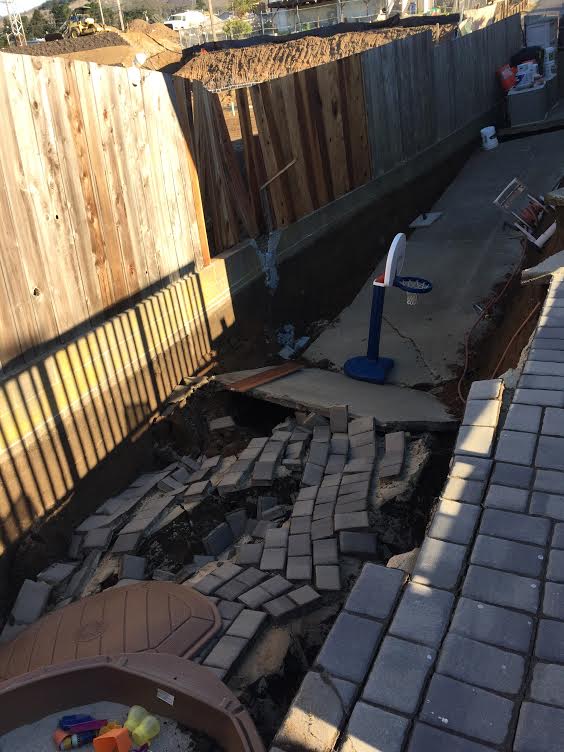 The 10 foot deep sink hole happened in the area the grandkids play daily.

That Thanksgiving morning, homeowners Mary and Adam Ornellas had been enjoying a cup of coffee on the deck going over the days plan and menu, and had only returned into their home a few minutes prior to hearing a loud thump. Running outside they realized their side yard had just dropped 10 feet along side of their retaining  wall. Immediately adjacent to the other side of the wall, construction workers had dug a trench, nearly 12 feet in some areas, which did not include any shoring that was required to prevent this type of incident. Concern about other half built retaining walls were also questioned in this transit development on the 1.7 acre site which will include 35 housing units. The parcel had previously been vacant and was part of the Cuneo farm for generations and includes underground aquifers that were reportedly capped.

The Ornellas’ have lived in their family home for 41 years and were dishearten to be forced to move out and miss hosting the holidays at their home which is their family tradition.  Alex Greenwald, the Director of Economic & Community Development for the City of South San Francisco, advised us on January 19th that the Ornellas family had moved back into their home on January 7th. However, we have learned the side yard was still red tagged and the family did not feel safe moving back in while the retaining wall had not been completed, although shoring had finally been put in place. 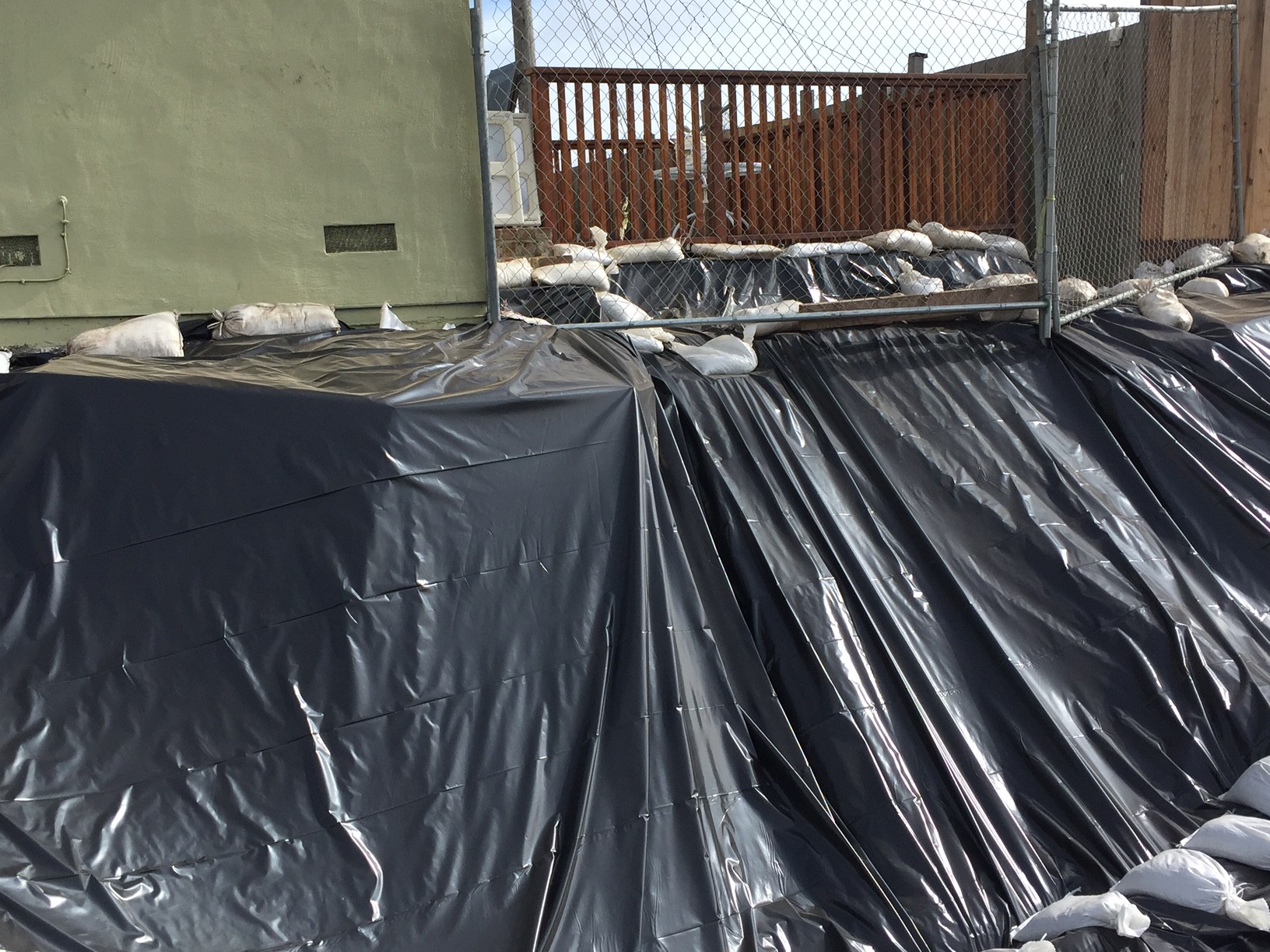 In the January 19th communication from Greenwald, the next move was for the retaining wall to be replaced at the Ornellas home, and one at Greg Young’s 1256 Edgewood property which also had structural concerns. As of this writing construction has begun on the opposite side of the project site and no retaining wall has yet been erected at the Ornellas home. The Ornellas family remains living away from their home, not knowing if they will ever feel safe again. They have retained an attorney and do not feel comfortable talking publicly except to say they no longer receive updates from the City or the developer. 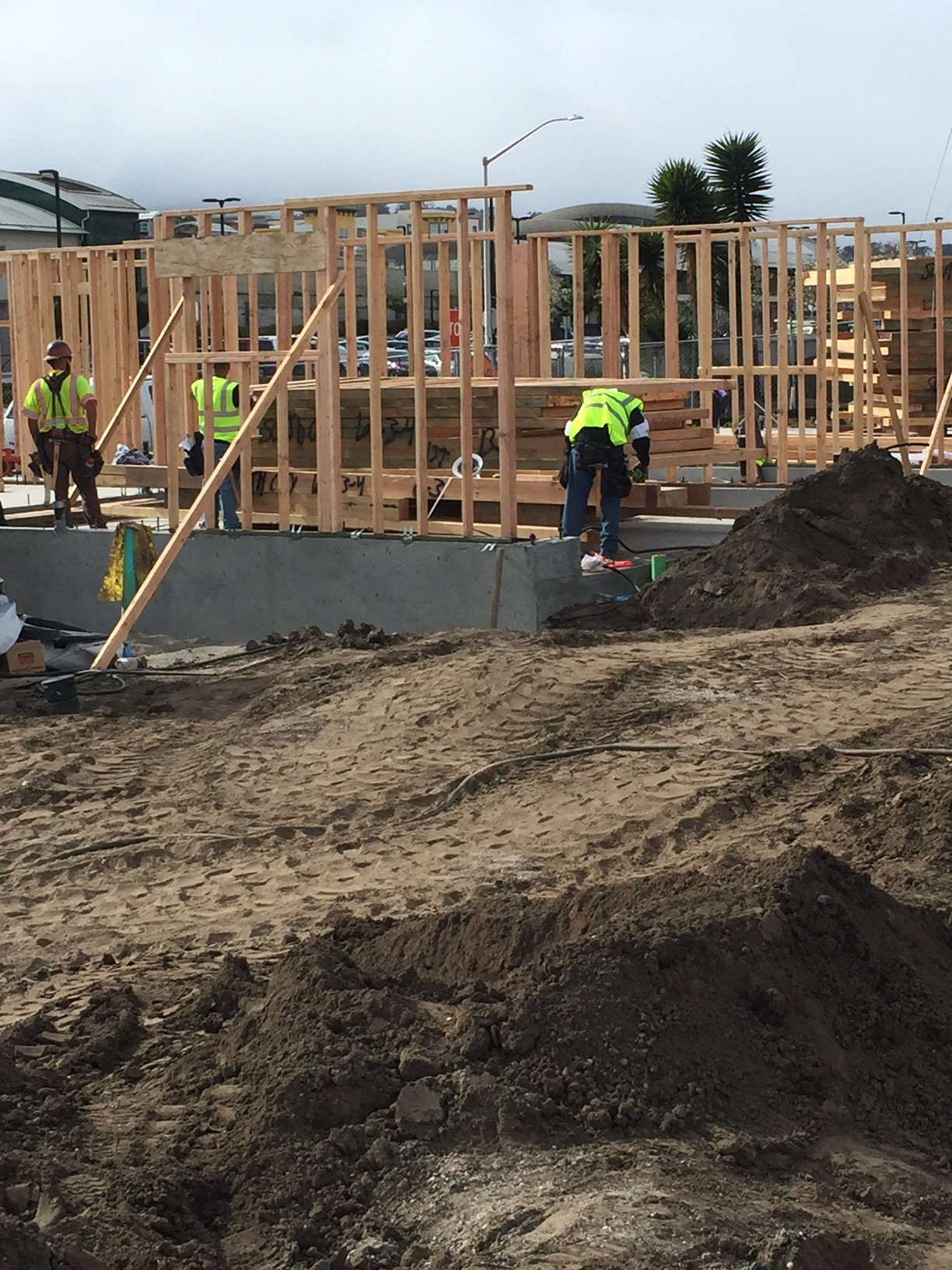 This City Venture Development has had many complaints including one from City Councilwoman Liza Normandy regarding hours of operation and dirt mounds left to blow in South City winds, to which City Manager Mike Futrell addressed back in August 2015 (CLICK HERE) 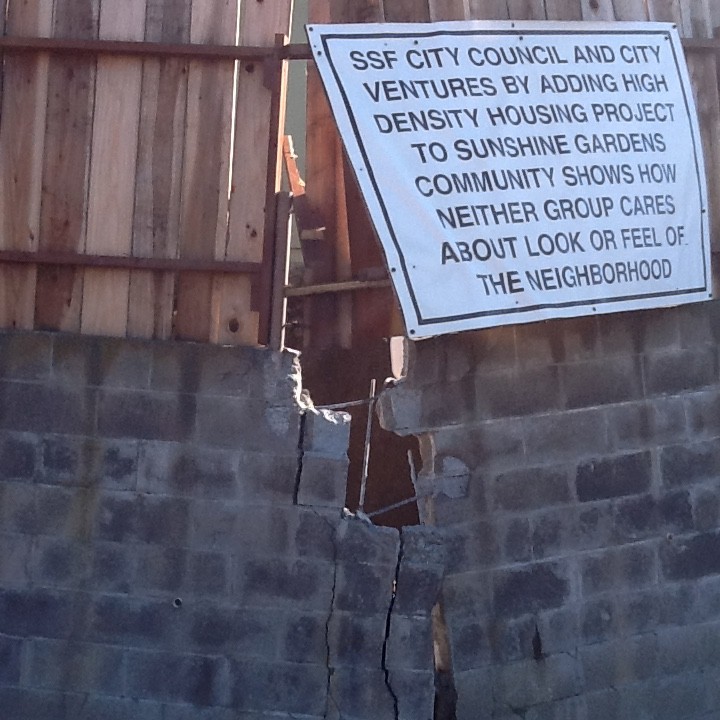 We continue to be asked for updates on this situation by many residents in South San Francisco, many of them living through the Buri Buri Elementary School problems, and wanting to know if our City officials are doing anything about this. ‘There are too many ‘moving parts'” Frank J told us “There is no way our City can keep up with what is happening and we can see from the problems at Buri and now Sunshine. It makes you question all these major projects going in!”  “It seems all they care about is bringing in new businesses (read $$) and then stacking more and more density into our City. It’s only about the dollar with them, they’ve sold out the residents that live here!’ one neighbor exclaimed. Another wrote us “Our City officials do not have an A Team when it comes to going up against this big developers. It’s more like Bad News Bears against the SF Giants!”

100 days later and there still seems to be no resolution.

← Traffic Alert: Accident at Westborough near Junipero Serra
Caring for our Heroes; Caregiving Resources for Seniors and Veterans →