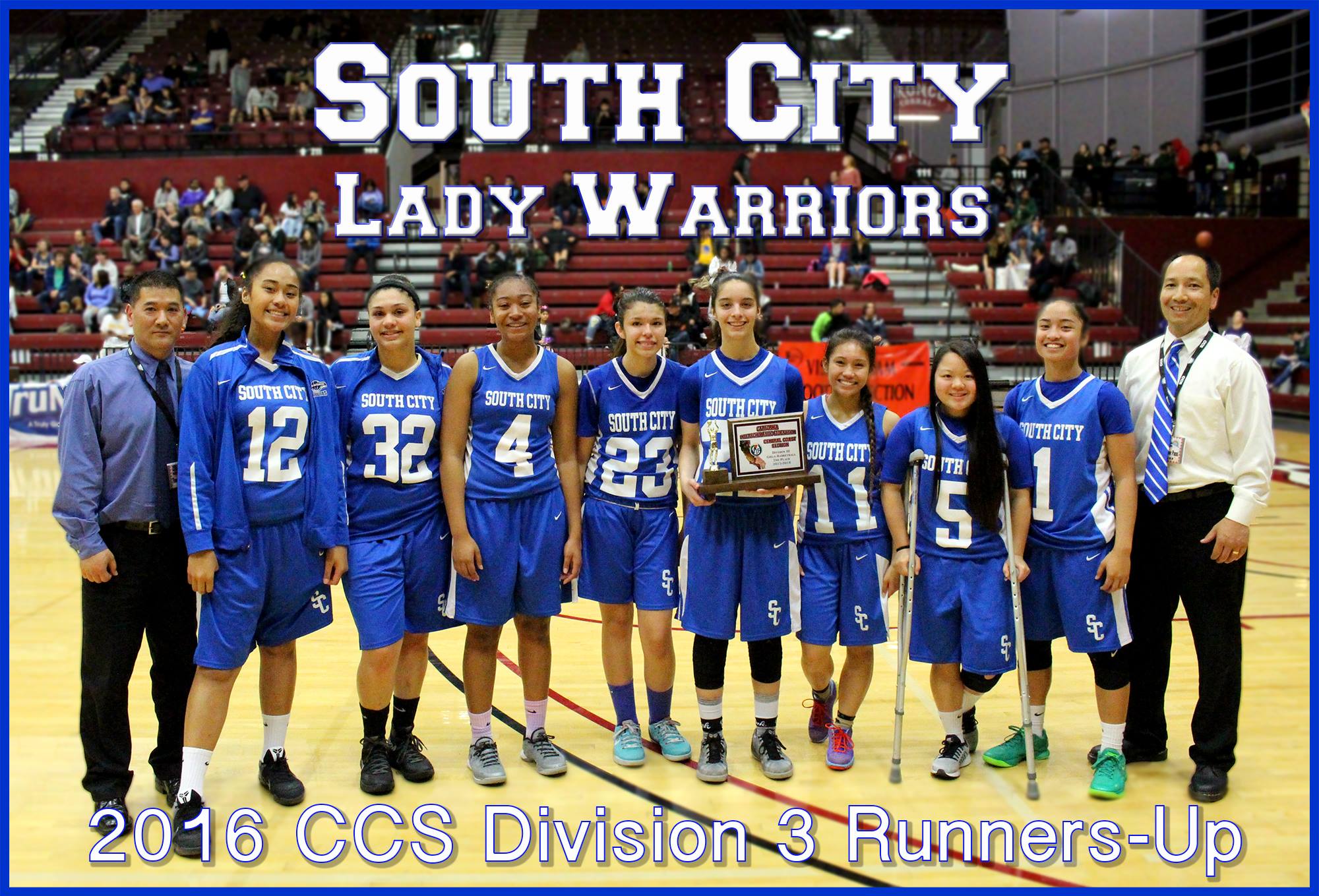 The Warriors of Coach Paul Carion have been seeded No.11 in the Northern California Division III regionals and will face No.6 Tamalpais in Marin County March 9 at 7 p.m.

South San Francisco lost the CCS title game to Saratoga, 55-46. The Warriors played that contest at Santa Clara University with just seven girls in uniform. SSF features an all-sophomore starting five. Their appearance in the CCS finals was the program’s first.

As a sectional finalist (win or lose), the Warriors received an automatic seed in the Northern California half of the state tournament.

To view this game, compliments of SSFHS South City Video Art CLICK HERE. You will also be able to view a host of other SSFHS events thanks to this Department.