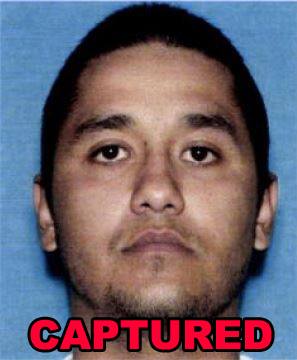 Christian Mares has been located & arrested in Arizona for attempted murder in South San Francisco.

On January 19, 2016, South San Francisco Police Officers were flagged down by a motorist who advised he was shot at by an acquaintance as he drove on the 600 block of Fourth Lane. The subsequent police investigation  led to the  identification  of the  shooter as 29 year old Christian Mares of South San Francisco,  and a $1,000,000 felony warrant was obtained for his arrest. Initial efforts to locate Mares were unsuccessful  as it was believed that he had fled the Bay Area, but a joint effort by local I federal law enforcement agencies continued to determine his whereabouts.

On March 14, 2016, the United States Marshal’s Service located Mares in Mesa, Arizona and took him into custody. At the time of his arrest, he was found to be in possession of a stolen handgun. Mares is facing numerous criminal charges in Arizona, and will also be facing extradition to San Mateo County to face charges for attempted murder assault with a deadly weapon.