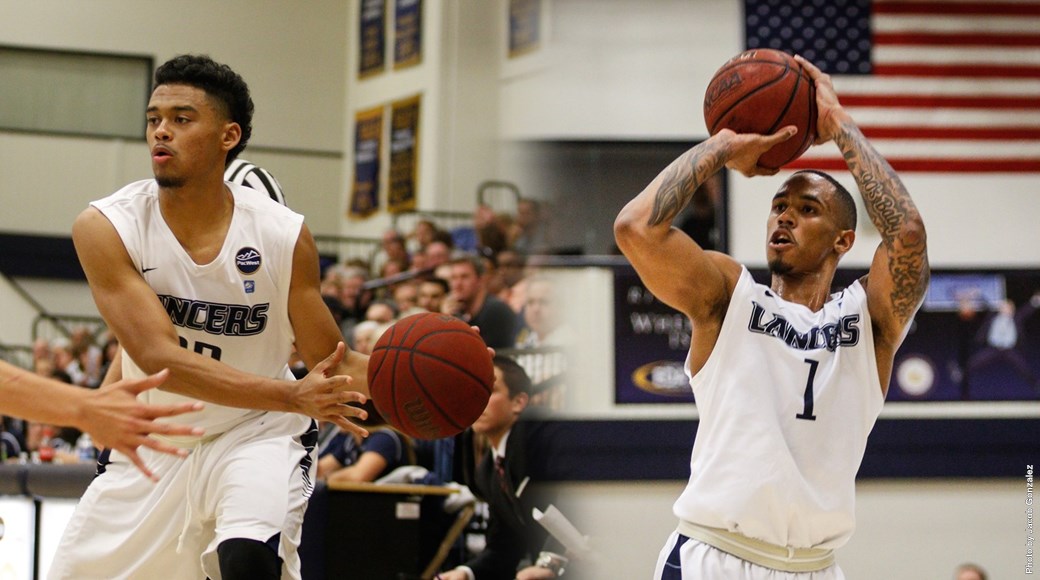 RIVERSIDE, Calif. — No. 14-ranked California Baptist University’s postseason run may have ended too short, but the Lancers are still bringing in accolades.

Michael Smith and Gelaun Wheelwright were each named to the D2CCA All-West Region teams, with Smith grabbing first-team recognition. The two led CBU to a PacWest Tournament Championship for the first time in program history and third-straight NCAA Division II West Region tournament. The Lancers finished the year with a 28-7 record.

The 2015-16 PacWest Player of the Year and 2016 PacWest Tournament MVP, Smith, finished the year with a 21.4 points per game average, ranking 36th in all of Division II, to earn his first All-West Region honor. He boasted a 57.8-shooting percentage, also ranking 36th in the division, and scored in double figures in all but two games.

With his first-team selection, Smith will be placed on the national ballot for D2CCA All-America teams, which will be announced prior to the 2015-16 NCAA Division II Elite Eight on March 21.

Wheelwright picked up his second All-West Region honor after being named to the second team last year as well. He finished the year with a 17.5 points per game average. Wheelwright also hit the elusive 1,000-point mark in under two seasons as a Lancer, scoring his 1,000th-career point against Dominican University of California, helping CBU beat the Penguins 89-88.