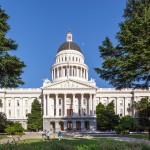 Cities currently have the power to place such requirements on developments containing new homes for sale, but lost the ability to similarly mandate affordable rental stock in a 2009 court case. Building industry and Realtor organizations oppose the bill.

It’s no secret the Bay Area is facing what many call an unprecedented housing crisis. Just 36 percent of Peninsula households would have been able to afford a new home in 2014, according to the organization Sustainable San Mateo County, while the national average was 74 percent.

Hugh Bower, Mullin’s chief of staff, said AB 2502 attempts to correct a problem that arose in 2009, when a California appellate court ruled in Palmer/Sixth Street Properties v. City of Los Angeles that a city inclusionary housing law constituted the type of rent control banned by the Costa-Hawkins Rental Housing Act.

Detractors say Costa-Hawkins gutted rent control in California. The law prohibits cities from enforcing rent control on most single-family homes and on apartment buildings built in 1995 and after.

Since the Palmer decision, cities have been largely unable to compel developers to set aside a percentage of their new rental stock as affordable. And the same inclusionary housing ordinances that were outlawed by the decision are desperately needed in the Bay Area, Bower said.

“We’ve got this absolutely booming tech economy where the folks who are in it are getting paid these exorbitant salaries,” Bower said. “In the meantime, if you don’t have an engineering degree from MIT, how are you going to afford to live in the Bay Area?”

Less controversial is Mullin’s Assembly Bill 2668, which is sponsored by the California Association of Realtors. The bill would expand the ability of senior citizens to keep most of their Prop. 13 tax savings after selling their old homes and buying new ones.

AB 2668 would provide incentives to senior citizens to free up housing stock by allowing more seniors to keep their Prop. 13 tax benefits after switching homes.

Under existing law, Propositions 60 and 90 enable homeowners 55 and older to migrate their current property tax base — calculated using their original home’s base year assessed value — to a replacement home, if that home is worth less than the one they currently occupy.

This is a boon not only to seniors, but also to young families, Bower explained, because it creates incentives for seniors who are “empty nesters” to put their large, family homes on the market as they “downsize” and move into smaller dwellings that better fit their now-smaller space requirements.

But seniors’ old, large houses can sometimes be worth less than the new, smaller dwellings they want to move into, Bower said. AB 2668 would allow those seniors to keep their current tax basis, even after trading up to pricier homes. They would, however, pay full property taxes on the difference in value between the old home and the replacement home.

Because AB 2668 amends existing propositions, it would need to be placed on a future ballot and win two-thirds approval from voters in order to become law.

Assembly Bill 2502, on the other hand, could be passed by the state Assembly and signed into law without appearing before voters.

Both bills were introduced Feb. 19.

UPDATE: A SSF neighbor shares their opinion and would like to hear from others. CLICK HERE to read.

[…] and many articles seek to address this, including  Bartholomew’s piece in the SF Examiner (CLICK HERE). However it still seems confusing and it would be interesting to learn of other people’s […]