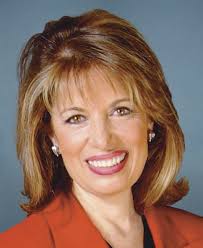 Congresswomen Jackie Speier (D-San Francisco/San Mateo Counties) was joined by Anna Eshoo (D-CA) and Frank Pallone (D-NJ) on a letter to the Wall Street Journal, condemning their publication of an advertisement that sought to justify the Armenian Genocide. In the April 20, 2016 print edition of the Wall Street Journal, the paper published a full page advertisement reading “Truth=Peace” and directing readers to a website that justifies the systematic killing of 1.5 million Armenians. The letter calls on the paper apologize for the publication of the advertisement, and ask for a pledge to not publish future advertisements that justify, diminish, or erase tragedies of the past. The full letter can be found here.

“As a proud Armenian, I am deeply offended that the Wall Street Journal would publish this ad,” said Speier. “From an early age, my mother instilled in me the importance of recognizing the genocide and the anguish the Armenian people feel about the need to acknowledge it. We cannot deny history, we cannot rewrite history – we can only accept its lessons and learn to grow as people. To publish this advertisement so close to the anniversary of this genocide that took so many lives is callous and truly insulting.”

Congresswoman Jackie Speier is an active member of the House Armenian Caucus, and is one of two members of the House of Representatives of Armenian descent.