PREFACE: On Saturday April 9th ESC’s Roger Cain shared this photo on our Facebook page of Air Force One taking off from San Francisco International. As it happened Roger had a previous aviation engagement out of the area yet his good friend and fellow photographer, Rob Edgcumbe ,was able to get photos of Air Force One as it was taking off. While this photo was not as clear as the usual quality of Rob’s work, he was gracious enough to share it with us. As South San Francisco enjoys a world renown historical landmark with our Sign Hill, this photo reflects the importance of our home town in the world. This photo went viral with nearly 200,000 people seeing and over 107,000 likes and comments on our FB page alone. It was shared over 650 times. Below is Roger’s post and we greatly appreciate the civility of comments on our social media, keeping politics out and appreciation in.

If you happened to be outside today in South City shortly after 2:30 p.m. and watched a pretty Boeing 747 flyover that didn’t look like one of the regulars, that was because it was Air Force One on departure. Thanks to Rob Edgcumbe for this picture, and lets please leave the politics out of any replies and keep this post pleasant. Thank you.- Roger 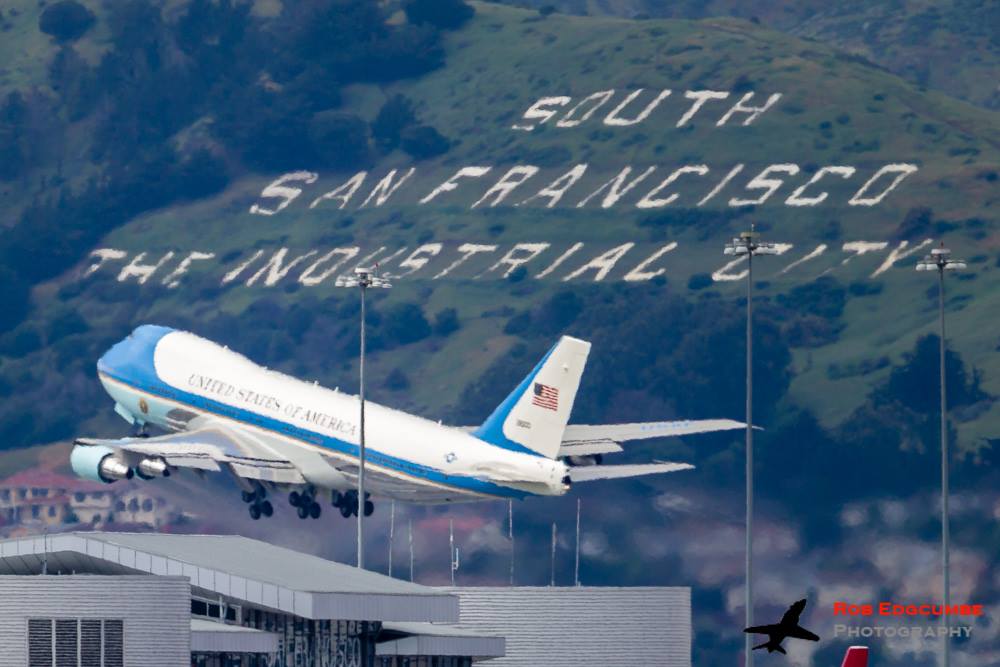 A few of the comments from our social media:

Steve: Great shot. I helped plant some of those trees on Sign Hill under the guidance of Mr. Al Seubert quite a few years ago.

Evelyn: Iconic SSF Sign Mountain with AF1 together over our home and now our sign goes viral. Thanks for sharing. Let’s hope they never change the sign to Bio-Tech City.

Bill:Great picture. I may not like his policies but respect the office he was voted into.

ROGER CAIN REPLIED: This picture was taken a long way off, with a big lens, thus the heat haze. If you know where Kinkaids Restaurant is in Burlingame, that is the view you catch. You can also get the view near the Elephant Bar also.

Carolyn: Flew right over my head!

ROGER CAIN REPLIED:nope, not a drone. Take a walk along the Bay trail from Millbrae Avenue on out to Kinkaids Restaurant in Burlingame, you can get some great views from out there. This one is taken from the Elephant Bar. A large zoom lens helps.

We also thank Erik Alvarez as he shared the photo of AF1 shortly after it had landed. President Obama was with his daughter Malia for a 24 hr whirl of Democratic fundraisers in #SF. They stayed at a  SF Hotel. 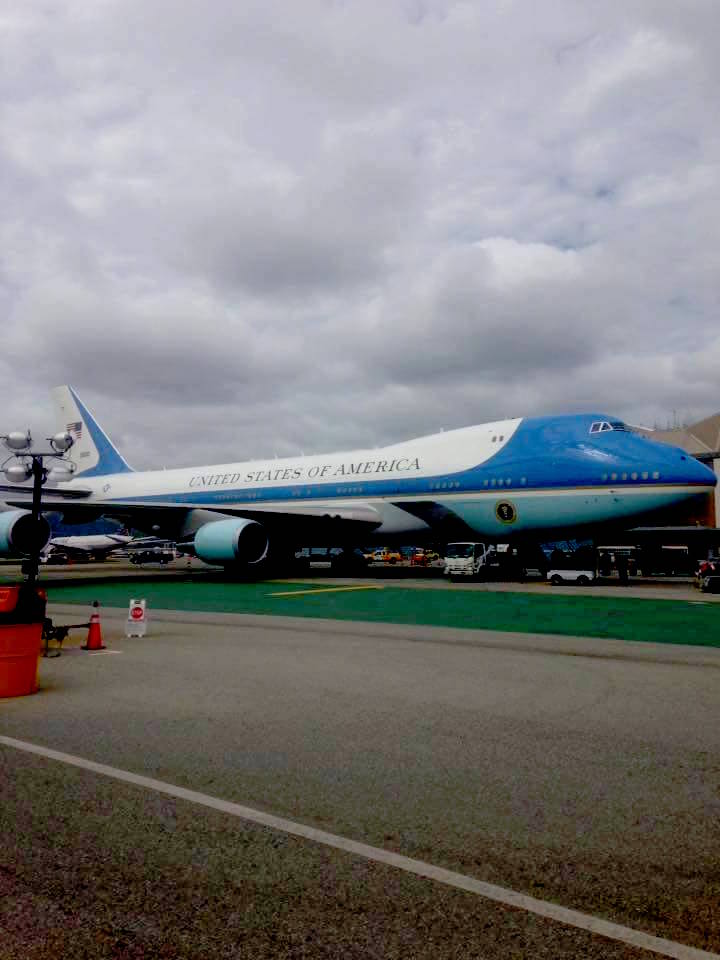