We continue to monitor the progress, or lack thereof, of the Ornellas’ property located at 1243 Edgewood, adjacent to the old farm land that faces Old Mission Road. The property suffered damage on Thanksgiving day 2015. At that time the Ornellas’ were enjoying an early cup of coffee on their deck when they returned indoors and heard a loud crash. When they looked back outside they saw their side yard had dropped 20 feet. Adam Ornellas had been concerned a problem was in the making as he saw larger cracks appearing on his walkway which borders the new development going in a few feet away.

In the update provided by the City in March, they stated the family was allowed to move back in, however with the side yard still in a failed state the family members have understandable concerns.

We have received this photo along with the disturbing news that the City officials have not returned calls from family members. While construction of the development has continued it is very concerning that this initial problem from November 2015 still has not been resolved.

Everything South City continues to receive communications from many neighbors expressing concerns over the multiple developments coming into town, and those still on the drawing board. They question if our City can handle the inspections and resolving problems. Two projects of constant concern/complain include Buri Buri School (especially the schools uncovered dirt ‘mountains’, and this Bart Transit Village impact on Baywood & Edgewood neighboring homes)

We will continue to monitor and update as we learn more. 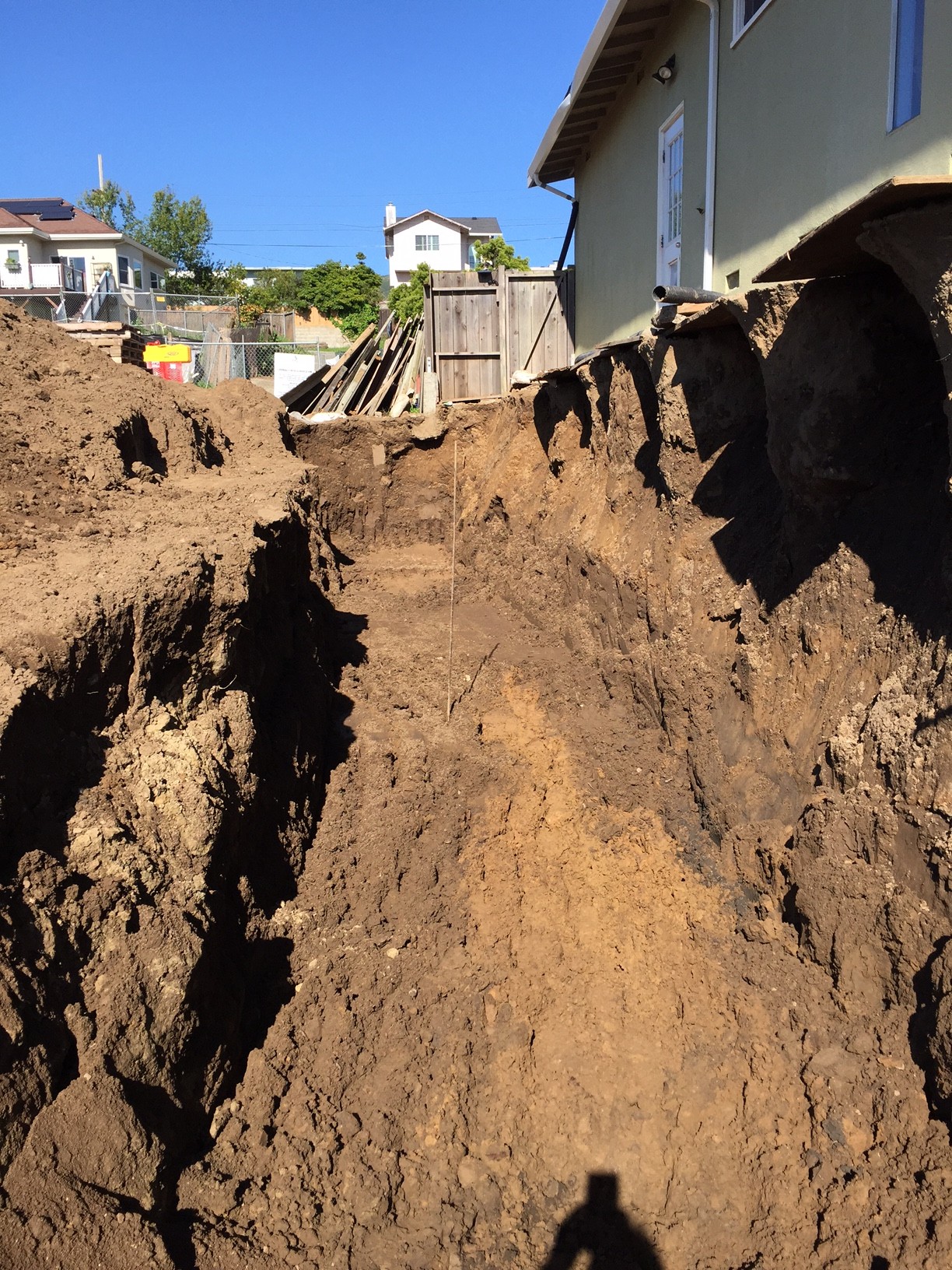 We have to ask – would you feel comfortable returning to your home of 40 years with the side yard still looking like this?

Our sales tax increase at work. Paying for City non-service and uncareing government. Entire project should have been stopped until problem fixed.