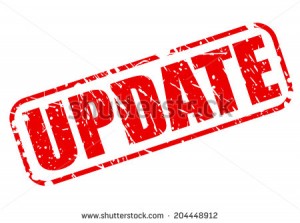 South San Francisco Police received a 911 call on April 1st at 10:38 from a woman reporting her boyfriend and her brother were fighting. The brother, 39 year old Mario Garcia is unemployed and resides at the Hemlock Avenue home shared by their mother, his sister, her boyfriend and their 2 children. The boyfriend had just returned home and became involved in a fight with the Garcia who was intoxicated and who put the brother into a head lock nearly choking him out.

When police arrived they found the brother outside with a head wound and the sister reporting her brother now had a gun. When her brother emerged with a 9 mm handgun police told him to drop it, instead he aimed it at his sister’s boyfriend and the officer. At that time the officer shot Garcia in both arms. Garcia went back into the house, put his gun back in the safe, and crawled out of the house surrendering, reports say.

Garcia was treated for his gunshot wounds and booked into jail where he remains on $500K bail after pleading not guilty Tuesday in court. Reports state Garcia was charged with ‘assaulting a police officer with a firearm, assault likely to cause great bodily injury, brandishing a firearm while resisting arrest, resisting arrest through threats or violence, criminal threats and possession of an assault weapon.

Neighbors say they were surprised at the activity at this home, saying the neighborhood is generally peaceful.