“With interest rates near historic lows and attractive home prices, this is a great time to buy a home,” said NAHB Chairman Ed Brady, a home builder and developer from Bloomington, Ill. 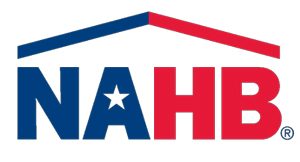 “This is the second consecutive quarter that we’ve seen a nationwide improvement in affordability due to favorable home prices and mortgage rates,” said NAHB Chief Economist Robert Dietz. “These factors, along with rising employment, a growing economy and pent-up demand will provide a boost for home sales in the second half of 2016.”

For the second consecutive quarter, Youngstown-Warren-Boardman, Ohio-Pa., was rated the nation’s most affordable major housing market. There, 93.1% of all new and existing homes sold in the first quarter were affordable to families earning the area’s median income of $53,900.

For the 14th consecutive quarter, San Francisco-Redwood City-South San Francisco, Calif., was the nation’s least affordable major housing market. There, just 10.4% of homes sold in the first quarter were affordable to families earning the area’s median income of $96,800.

Other major metros at the bottom of the affordability chart were located in California. In descending order, they included Los Angeles-Long Beach-Glendale; Anaheim-Santa Ana-Irvine; San Jose-Sunnyvale-Santa Clara; and San Diego-Carlsbad.

Four of the five least affordable small housing markets were also in California. At the very bottom of the affordability chart was Santa Cruz-Watsonville, Calif., where 16.1% of all new and existing homes sold were affordable to families earning the area’s median income of $85,100.

LBM Journal is the leading media company serving lumberyards, building material distributors, wholesalers, manufacturers, and service providers. Have news you would like to share with us? Go to lbmjournal.com/submit-news-to-us