National Police Week originated in 1962, when President John F. Kennedy signed a proclamation that designated May 15 as Peace Officers Memorial Day and the week in which that date falls as Police Week. Currently, tens of thousands of law enforcement officers from around the world converge on Washington, DC to participate in a number of planned events that honor those who have paid the ultimate sacrifice.

“Individuals who choose careers in law enforcement and emergency medical services are among the most selfless and courageous people in our country,” said Mike Futrell, South San Francisco City Manager.

Leading up to this week, members of the South San Francisco Police Department, along with a representative from the American Automobile Association (AAA), honored the Martin School Safety Patrol team at last week’s City Council meeting. These elementary students received the AAA Lifesaving award for the way they handled an injured elderly woman in front of the school earlier this year. 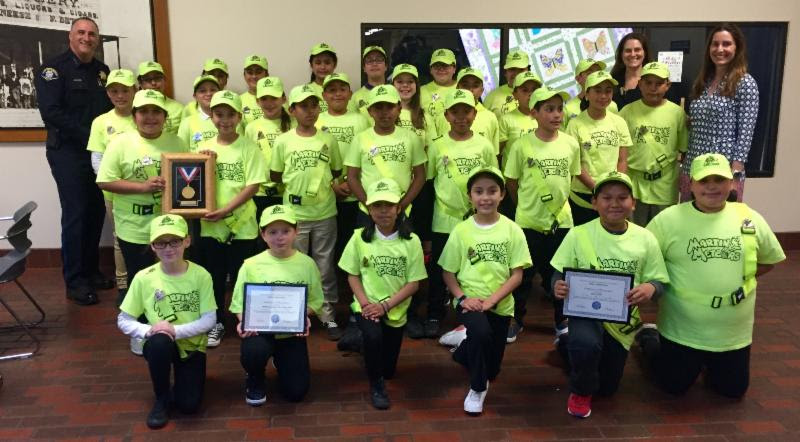 “With this particular incident, everyone involved on the Safety Patrol team did exactly what they were trained to do and were able to assist this woman in need. For that, they are all being recognized for their quick thinking, decisive actions, and commitment to public safety,” says Emma Olenberger, AAA Community Relations and Traffic Safety Specialist.

To continue to make safety a priority this month, the City asks the public to join its upcoming Public Safety Town Hall meeting tonight (Tuesday, May 17) with the South San Francisco Police and Fire Department Chiefs. All are encouraged to attend and participate in discussions on topics such as safety, personal security, and more.