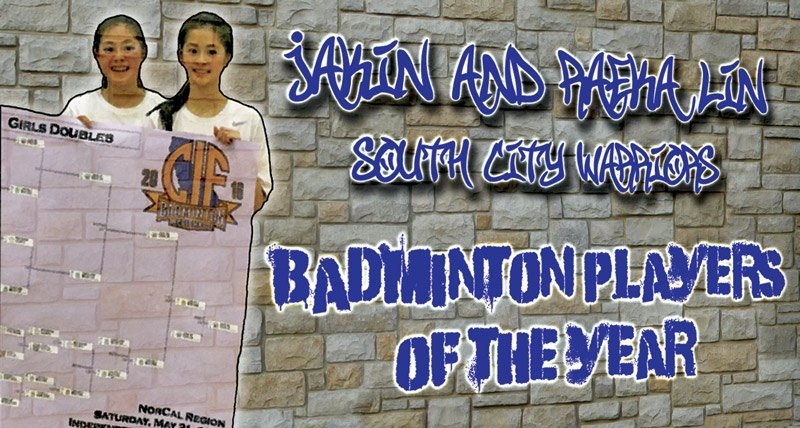 Sisters Jakin and Raeka Lin of South San Francisco High School have been named 2016 Badminton Players of the Year by the San Mateo Daily Journal. The sisters, playing as a girls’ doubles team, captured the championships of the Peninsula Athletic League and the Central Coast Section and then won the Northern California title. Along the way, they posted an overall 16-1 post-season record. The pair was coached by South City’s Valerie Chin