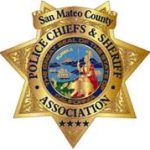 Officers made 191 traffic enforcement stops and issued 178 citations. Of the 178 citations issued, 37 citations were issued for cell phone violations

Additionally, one driver was found to be driving on a suspended license and two drivers were cited for being unlicensed.

The participating officers remained committed to making a high volume of traffic stops in this coordinated saturation effort, while maintaining the highest levels of community awareness and professionalism. The number of stops and citations during this most recent deployment reflect a sustained enthusiasm for this program and traffic safety on the Peninsula.