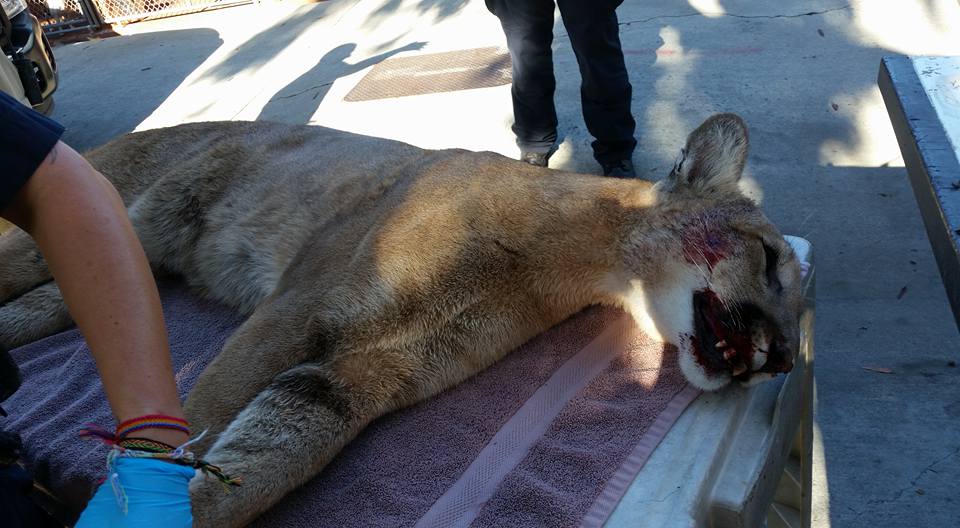 Another mountain lion was found on Hwy 280 Thursday, apparently killed by a passing vehicle

A young male puma was found dead on Hwy 280 yesterday, apparently it had been hit by a passing vehicle. The puma had been tagged indicating it may be part of the Santa Cruz Pumas Organization which is a UC Santa Cruz mountain lion habitat fragmentation study. This group was created in 2008 and works in partnership with the California Fish and Game. In addition the Bay Area Puma Project offers a rare look into the lives of local pumas via their remote cameras.  The Felidae Conservation Fund also follows local wildlife as part of their global objective of ‘improving the state of global wild cat ecosystems through a sequence of research, education and online technologies to benefit humanity and drive meaningful change in the natural world.’ They too offer an inside look into the natural life of these amazing animals via remote cameras  in addition to a large array of photos, videos, film projects and podcasts.

The Puma Concoloris known by many names including mountain lion, cougar, and panther; it is the largest of the small cat species. 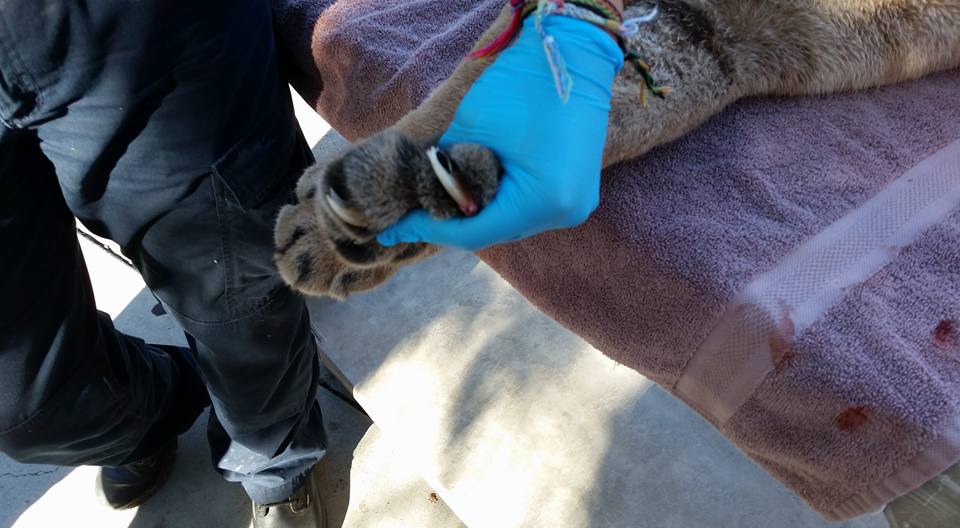 The young male mountain lion had been tagged

One theme that ties these agencies together is the need to mitigate urban development from cutting these creatures off from a continuous habitat. There are constant reports of mountain lions being struck by cars on regional roadways as Andy Howse reported last year after coming across another mountain lion on Hwy 280 in San Bruno

Mountain lion sightings are quite common in our region and yesterday the County of San Mateo put out this alert:

A mountain lion was seen by a member of the public in the area of Los Trancos Rd and Ramona Rd in Los Trancos Woods. The animal was seen at approximately 8:15pm on today’s date. A Sheriff”s Deputy responded to the location, spoke to the witness who saw the animal and determined the animal seen was in fact a mountain lion. The animal was not aggressive, did not appear sick or injured and upon being noticed, ran away. An area check was conducted with negative results.

Residents who live in the area and/or live adjacent rural areas are reminded to keep their domesticated pets indoors during dawn, dusk and evening hours – please see below for important advice. Use caution.

Here are some important safety tips for you to remember regarding mountain lions:

While it would be rare for a mountain lion to approach humans, you can follow a few simple rules to keep you and your family safe:

Do not feed deer. It is illegal in California and it will attract mountain lions.

If you see a mountain lion DO NOT APPROACH IT, especially one that is feeding or with offspring. Most mountain lions will try to avoid confrontation.

Avoid hiking or jogging through wooded areas when mountain lions are most active—dawn, dusk, or at night.

Keep a close watch on small children when hiking or traveling in or about wooded areas.

If you encounter a mountain lion, do not run; instead, face the animal, make noise and try to look bigger by waving your arms; throw rocks or other objects.

Keep all pets and pet food INDOORS at night. Even the largest domesticated dogs and cats can be prey to a mountain lion.

More information can also be found on the links below.