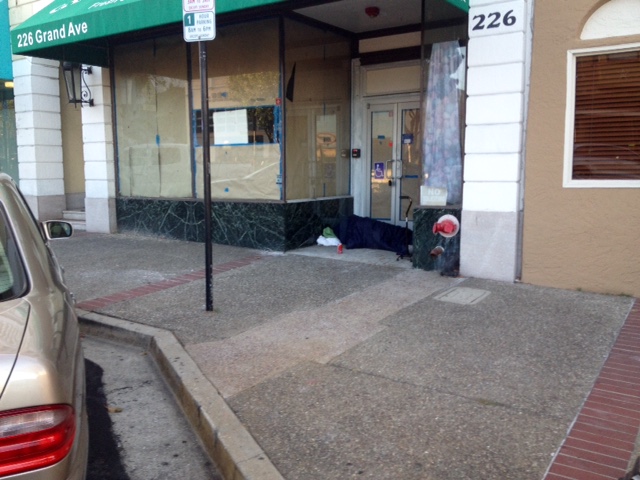 The homeless population continues to grow as affordable housing options decline in the Bay area and South San Francisco is no exception. Census data from 2013 had shown a decline in the total population however reflected a larger percentage of homeless living on the streets. The 2015 Homeless Census in South San Francisco reported 58 homeless neighbors sleeping on the streets in addition to the 90 bed occupancy at Safe Harbor Shelter.

The City has been proactive in clearing homeless encampments in many areas, including beneath the Grand Avenue over pass, and finding services for those displaced. Yet the homeless population continues to grow in the downtown area as the City works to gentrify and remake Old Town. Grand Avenue in particular has become a day time gathering location and sleeping in storefront doorways has become common place. Residents as well as visitors have expressed their concern knowing this does not bode well for those on the streets, for our neighbors, or our City.

“You should see them during the day” a long time local merchant exclaimed “The cigarette butts all over and unkept transients in front of my business make it hard to attract shoppers.” Another merchant, who has been on Grand Avenue for over 25 years agrees recently telling us “The guys that sleep in the doorways, when they are sleeping they are no problem. But during the day there are so many of their friends that sit around, litter and discourage patrons. These guys need help. Is there anyone helping them?”

Three years ago the City Council reviewed the results from the SSF Downtown Task Force Findings & Recommendations that was initiated in January 2013 under Mayor Matsumoto which was covered in the San Mateo Daily Journal. Cameras and smoking bans resulted from that effort yet those in the downtown area are seeing more homeless sleeping on the streets. 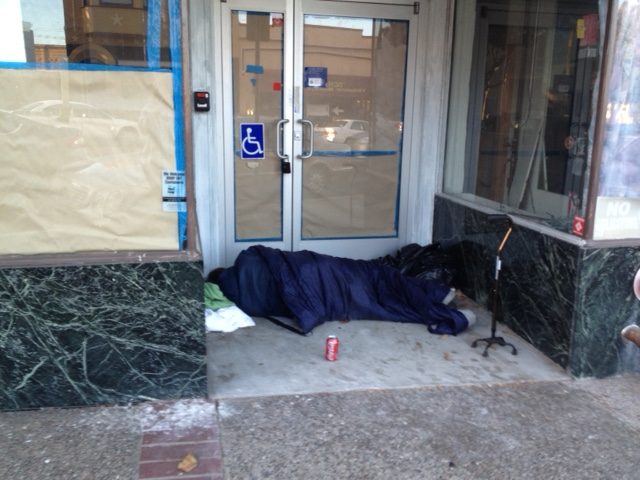 Even during daylight hours, homeless seek shelter in storefronts on Grand Avenue

← A Forever Home is Needed for Archie – Is It Yours?
Open Letter to Residents of South San Francisco: Street Lighting Program Needs Qualified Expert →

7 comments for “Homeless Sleep on the Streets in Downtown SSF”