At the June 22 City Council meeting, Vice Mayor Gupta revealed that the City has decided to do another street light pilot study, this time in Pecks Lot. He stated that his “ad hoc” committee and Public Works had decided a larger study (then the previous West Winston Manor “study”) was needed.

While the West Winston Manor study was poorly executed, it was clearly a better venue for a study.
Pecks Lot is not in a centralized location. Many long time SSF residents have never heard of Pecks Lot and don’t know where it is. It is not a typical SSF Neighborhood. Being one of the older SSF neighborhoods, the streets are narrow and many of the intersections have unique angles. Some streets have no lighting at all. Power lines traverse the streets, potentially interfering with light patterns. Hardly an effective venue for a study supposedly intended to display lights to correct lighting for the entire city. Residents from other parts of the city are unlikely to locate Pecks Lot and navigate it’s narrow streets at night to view the lights and provide “feedback”.

If Public Works has state of the art lights it wants to get “feedback” on, they should be installed using the existing study infrastructure of West Winston Manor, replacing the obsolete lights they used in the first “study”. Longord should be used in place of Norwich as Public Works agreed, yet failed to do months ago.

I don’t claim to understand the motivation, however, it seems the Pecks Lot study is not a “study” at all, but an effort to improve lighting in Pecks Lot. A legitimate study should be designed to improve lighting for the majority of SSF neighborhoods, not one very unique enclave.

The regular City Council meeting will be Wednesday, July 13 at 7pm.

I encourage concerned citizens to attend both meetings and demand the City improve the existing pilot study in Winston Manor, rather than wasting more tax dollars on another badly planned “study” in Pecks Lot. A lighting consultant should be retained as well. Public Works has proven unable to select effective street lights, thereby wasting more than $900,000, or execute an effective pilot study to fix the problem they created. 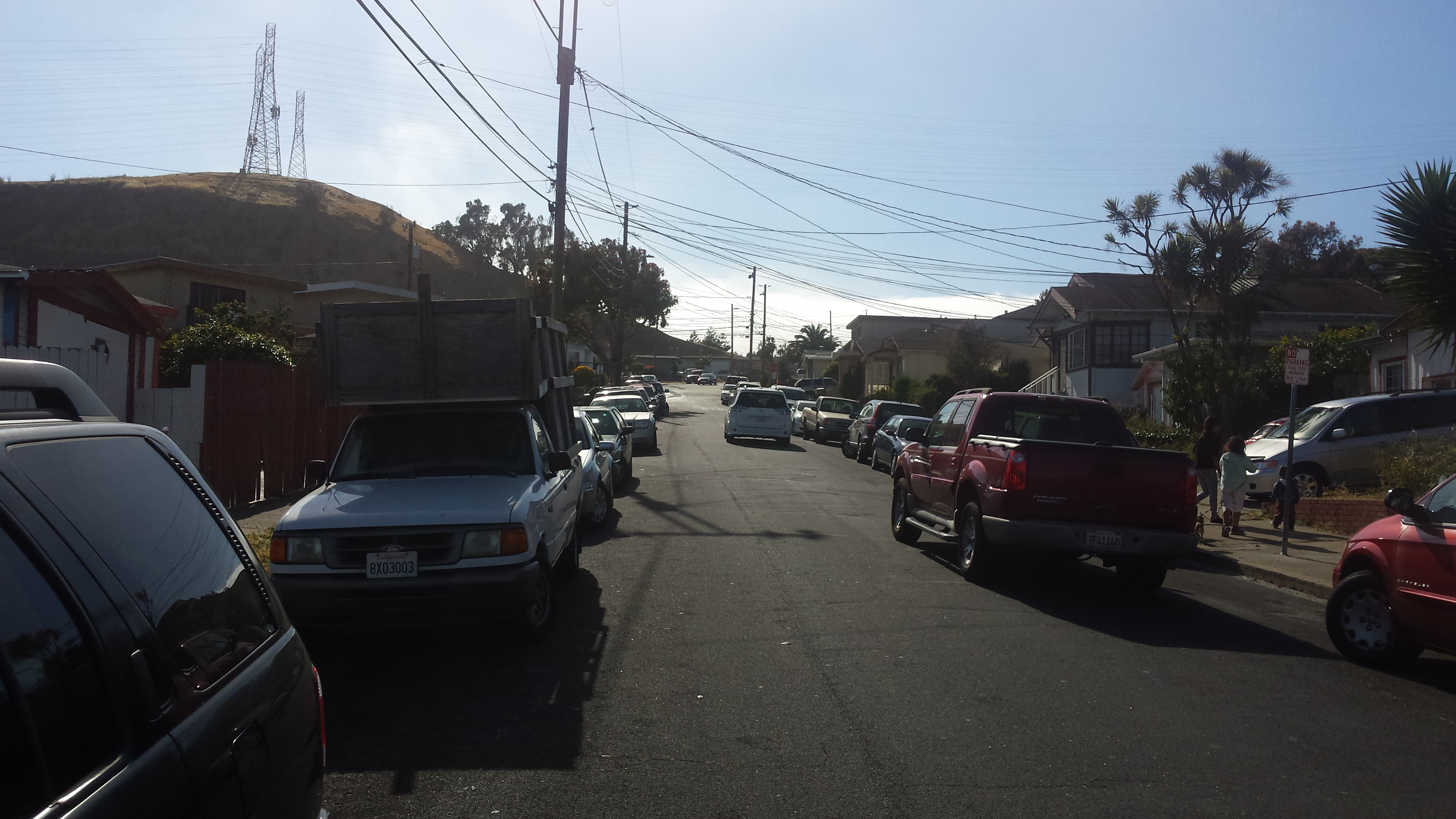 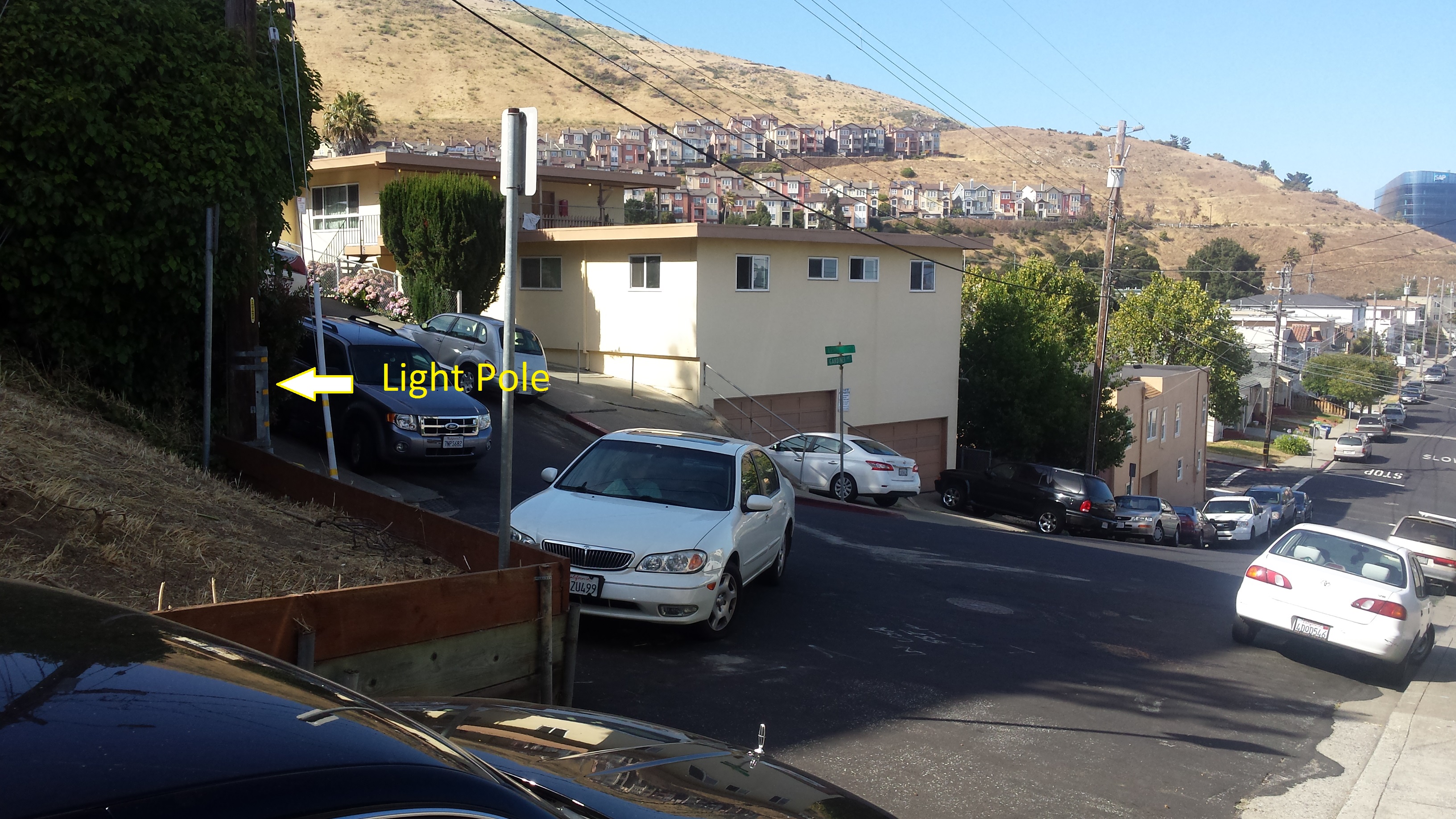 EDITORS NOTE: CITY OFFICIALS HAVE NOT REPLIED TO SEVERAL EMAILS SENT THEM REQUESTING INFORMATION ON THE STREET LIGHTING CHANGES THAT NEIGHBORS ARE CONTESTING; BELOW ARE THREE EXAMPLES. FURTHER WE HAVE RECEIVED AN UNCONFIRMED REPORT HAT LIGHTS HAVE BEEN CHANGED ON THE STREET WHERE OFFICIAL(S) RESIDE.

I have been following our City pilot light program as some other cities are also making changes and as a freelance writer for the SF Examiner this item is of interest.

To be sure I have all the correct information please will someone speak to these concerns brought forward by SSF Lighting Committee outlined in William Demeter’s email to the City earlier this month? (emails to City Manager 5.6.2016 & to Mayor 5.11.2016 attached below)

There seems to be inaccurate information regarding the types of lights & wattage used or even if these same products are available. Thank you for clarification to Mr. Demeter’s questions so I can move forward with the article.

Subject: Lighting comitee/Lights Used in Pilot Program
Mayor Addiego:
It was a pleasure speaking with both you and Vice Mayor Gupta at the meeting Monday night.
As I indicated, our lighting group was encouraged by Dr. Gupta’s honest, straight forward approach to the LED street lighting issue at the City Council meeting on April 27. It seems to me few people could be more qualified to address the issue.
We have been dealing with Public Works on this issue since January, and have encountered nothing but obfuscation and broken commitments. Dr. Gupta’s comments give us hope that we are finally done debating with Public Works about what the problem is, or whether it exists at all. We hope that we can now move on to finding a solution.
We are most interested in having a member of our group participate in the lighting committee (as discussed on the 27th) with you and Dr. Gupta. We have some members who could possibly attend meetings on weekdays. At the very least, we need to devise a way to know what is transpiring.
As I mentioned, we have yet to receive a response from Mr. Futrell regarding the lights used in the LED Pilot Program, which we believe are no longer available. You didn’t seem to be clear on the issue, so I have copied you with my email to Mr. Futrell below. As you can see, I sent it last Friday, May 6. The issue is most relevant, because the City was still requesting resident’s participation in the Pilot Program in the SSF Newsletter, distributed the first week of May. Please see that my questions are answered as soon as possible.
I was going to address City Council again regarding this issue at tonight’s meeting. However, given my positive conversation with you and Vice Mayor Gupta, I thought I would try this approach. Quite frankly, I’m tired of talking, and assume the City Council is tired of hearing me. Hopefully we can move forward on this issue with less talk and more action, in our effort to properly illuminate the streets.
Thank you,
Bill Demeter

As you may recall, I addressed City Council regarding the street lighting issue at the 4/27/16 meeting.
I stated that Public Works informed me February 1, 2016 that they had ordered 12 “A” lights (as installed on Norwich for the Pilot Program). On March 1, Mr. Bockhaus informed me the manufacturer was having difficulty identifying the light due to confusion over the model number. Subsequently, in a meeting with residents, Public Works agreed to install the lights on Longford by the end of March, beginning of April. As of April 27th, the lights had still not been obtained, much less installed.
At the City Council meeting, I stated our group has reason to believe, the “A” light, (apparently a 38 watt light manufactured by Cree), is no longer available, and has not been available for some time.
Because neither Mr. Bockhaus or McMinn have provided any plausible reason the lights have not been obtained, I requested you look into it, and contact us with an explanation.
If the lights are available, why hasn’t Public Works obtained and installed them on Longford as agreed?
If the lights are no longer available, why were they used in the Pilot Program?
Specifically, what are the model numbers of the LED lights (labled A,B,C &D) used in the Pilot Program?
We look forward to your response.
Thank you,
Bill Demeter 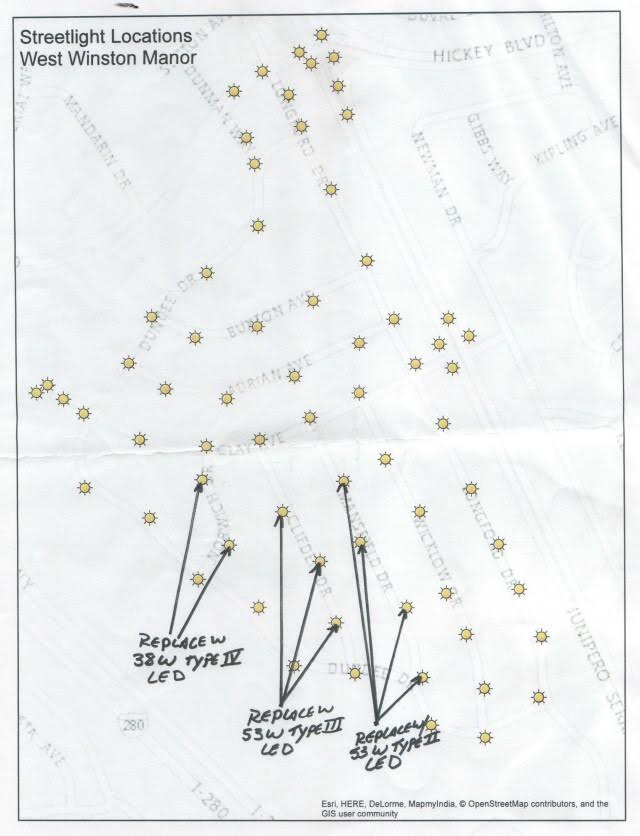 FOR PAST ESC ARTICLES & NEIGHBOR COMMENTS ON THIS SUBJECT CLICK HERE