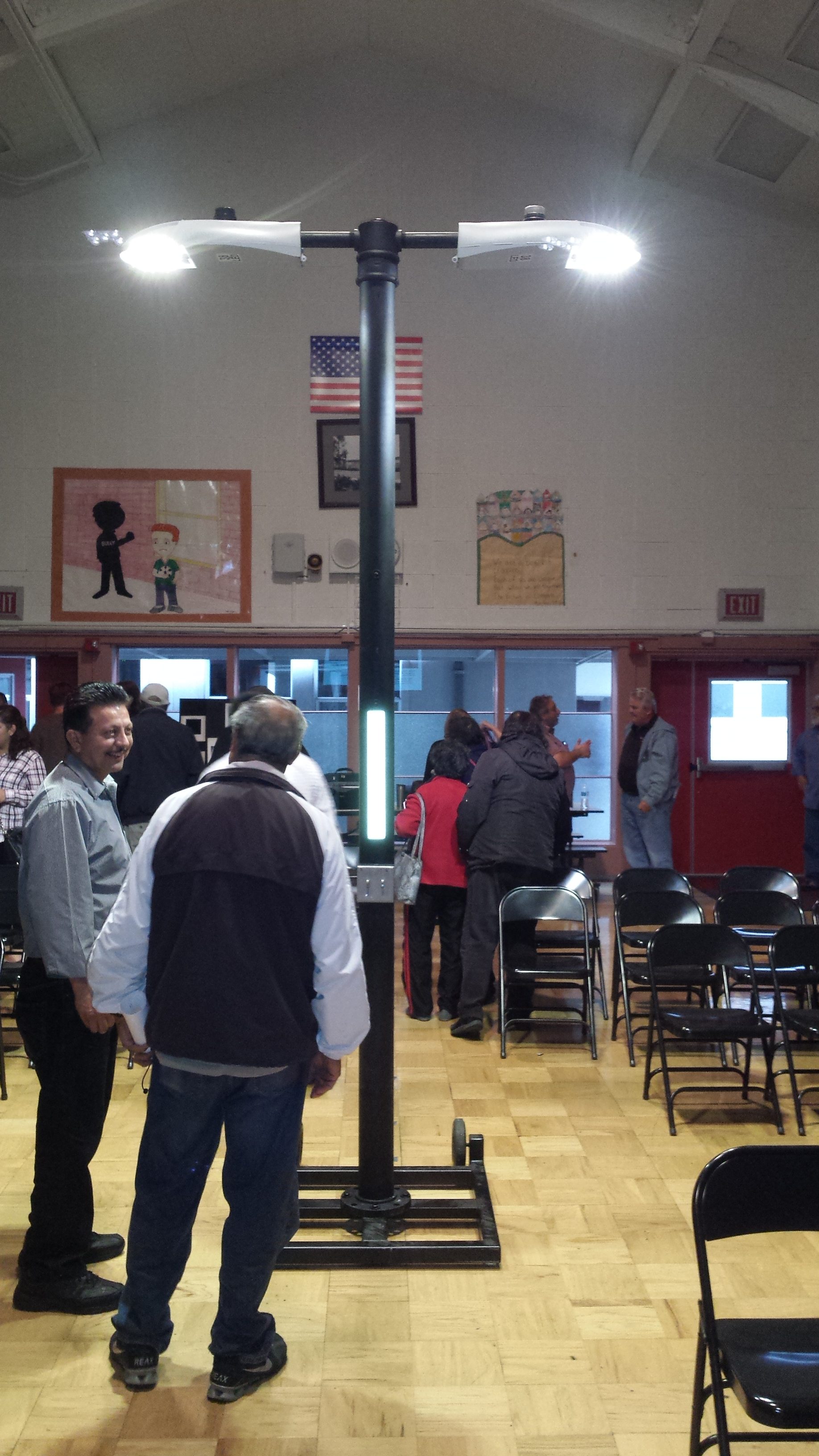 I spoke to City Council at the July 13 meeting. I explained all the reasons Pecks Lot was not an appropriate area for a street light pilot study. I stated that it seems to me that what the City is doing is improving lighting for a small enclave, the way they did for Vice Mayor Gupta’s street when he complained about the lights most of us still have (38 Watt Type II).

City Manager Mike Futrell responded, indicating that Vice Mayor Gupta had misspoken when he announced the Pecks Lot “Pilot Program” at the previous meeting . Mr. Futrell agreed that Pecks Lot was a unique neighborhood. He stated that the City had decided “Pop Corning” all over the City in an effort to fix the lighting problem (created by the City at a cost of the better part of a Million dollars) wasn’t going to work (Though, it seems it worked fine for Vice Mayor Gupta!). Mr. Futrell stated they were going to work with one neighborhood at a time, and that they would invite feedback from the Pecks Lot residents, but that input from other residents of SSF would not be solicited.

I also attended the July 14 Pecks Lot neighborhood meeting, primarily intended to explain the lighting replacement program. Mr Futrell explained that the City would replace the existing LED lights (with a newer version of the lights used on Norwich in the West Winston Manor “Pilot Study” and those used on Vice Mayor Gupta’s street. (38 Watt Type IV )). Mr. Futrell said (paraphrasing) that they will install the new lights, knock on doors and ask how residents like them. If they don’t work, we’ll put other lights in. If those don’t work, we’ll replace them. We may even need to replace some poles.

If this isn’t “pop corning” I don’t know what is! A professional lighting consultant needs to be retained. Given the layout of the different neighborhoods, a professional can methodically determine what lights would be most effective in a given area. Having Public Works buying lights, installing them 25 feet off the ground, and replacing them if the residents don’t like them, is a ridiculous plan. In fact, it’s not a plan at all! It’s another waste of tax dollars. Vice Mayor Gupta claimed there were “Engineers” involved in planning the Pecks Lot project. If so, I hope they work for Southern Pacific! I’m no Engineer, and I could have come up with a better plan then this.
The City failed to plan the initial LED project properly, and continues to waste tax dollars chasing their tail, instead of relying on lighting professionals.

Dave Bockhaus from Public Works provided a “demonstration” showing a comparison of the 38W Type II and Type IV. Unfortunately, becuause the lights were only approximately 12 feet off the auditorium floor, it was predictably, not very effective. Though…Mr. Futrell remarked that it was “very cool”. I could only stare in amazement, wondering how much that little demonstration cost us! Of course, anyone that was actually concerned about the street lights should have seen the Type IV actually lighting a street the WWM “pilot study”.

Other topics were addressed such as illegal dumping and speed bumps. In fact, Mr. Futrell told a story involving speed bumps and a city he previously. “ran”. Oddly, the City website doesn’t provide the job description for City Manager, but I doubt it mentions “running” the city. I would hope it uses verbs such as “manage” and “administrate”.
Kings and dictators run countries. Considering the fact that Mr. Futrell was now explaining the Pecks Lot project instead of Vice Mayor Gupta who was supposed to head up the lighting “sub committee”, I think Mr. Futrell’s description is probably more accurate.

The issue of South San Francisco Scavenger rates was also raised. Mr. Futrell explained that SSF Scavenger was not associated SSF government. He suggested they “could have another meeting here, invite the scavenger guy. I’d be happy to stand here and watch him defend himself, that would be kind of fun”.
First, should a city official really be speaking this way in public?
Secondly…Those who live in glass houses should not throw stones! Mr. Futrell, Mayor Addiego and Vice Mayor Gupta have simply ignored direct written requests for explanations regarding the street light fiasco. After repeated requests, they had a department employee make a feeble response, when it was obvious the request was made to them because the department had not been responsive initially.
Ironically, it seems Mr. Futrell feels no need to “defend” or explain City actions (or, non actions), while he seems willing to be entertained by another manager doing exactly that! But then…since he “runs” the City, I supposes he can do (or not do) as he pleases!

I started this journey over six months ago in a effort to improve street lighting throughout the City. I have learned along the way that the street light issue is a mere symptom of a problem that runs MUCH deeper. It starts with a government that is incompetent and a citizenry that allows them to continue to waste tax dollars through lack of interest. We get the government (and lighting) we deserve.

For more on the City’s Street Lighting Program CLICK HERE

3 comments for “Letter to the Editor: Street Lighting (or lack thereof!)”