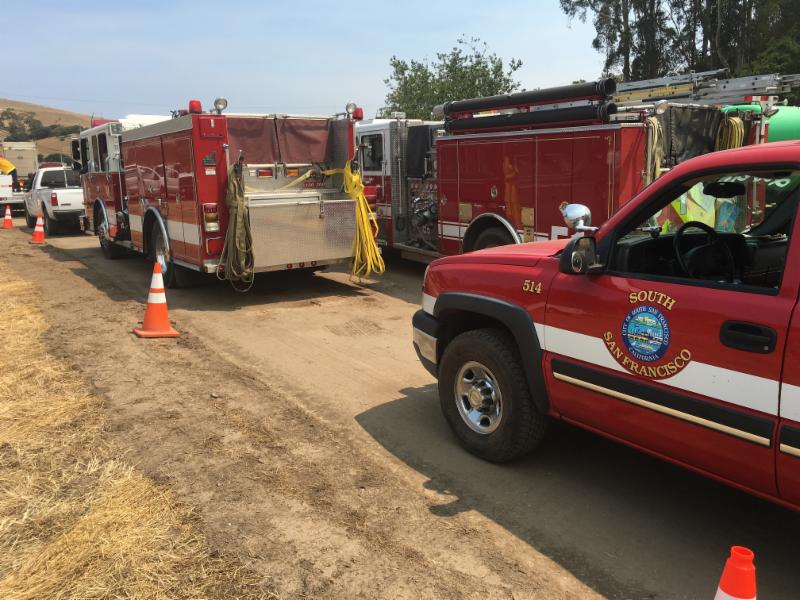 On Sunday, a Strike Team with five members of the South San Francisco Fire Department responded to the Soberanes Fire in Monterey County.

The Strike Team, which is made up of five fire engines, is led by South San Francisco Fire Department’s Battalion Chief, Steve Cardosi. The team is assigned to protect homes and other structures in the potential path of fire. “The area they were assigned to contains heavy brush and grassland, both of which pose a significant source of fuel and threat to structures in the area,” says South San Francisco Fire Chief Gerry Kohlmann.
According to Cal Fire, more than 2,000 structures are currently threatened and 41 homes and 10 outbuildings were destroyed. There are 4,245 personnel working on this fire, with 394 engines and 94 crews on scene.
While not directly fighting the fire, Chief Kohlmann says the Strike Team is playing an important role and are focusing on properly positioning fire apparatus, assessing threats and when necessary, clearing vegetation away from home. “If the vegetation was to ignite, the fire would spread to the structures.”
The Strike Team is stationed at the north end of the fire, deep in the hills between the fire and Carmel Valley. Depending on the weather and control measures, the Strike Team may be deployed for up to two weeks before they are able to come home.

EDITORS NOTE: As of this writing the Soberantes Fire has taken out over 38,000 acres and is only 15% contained. To follow CAL FIRE updates on all fires they oversee CLICK HERE

Thank you for your thoughts that all those involved in this fire remain safe. 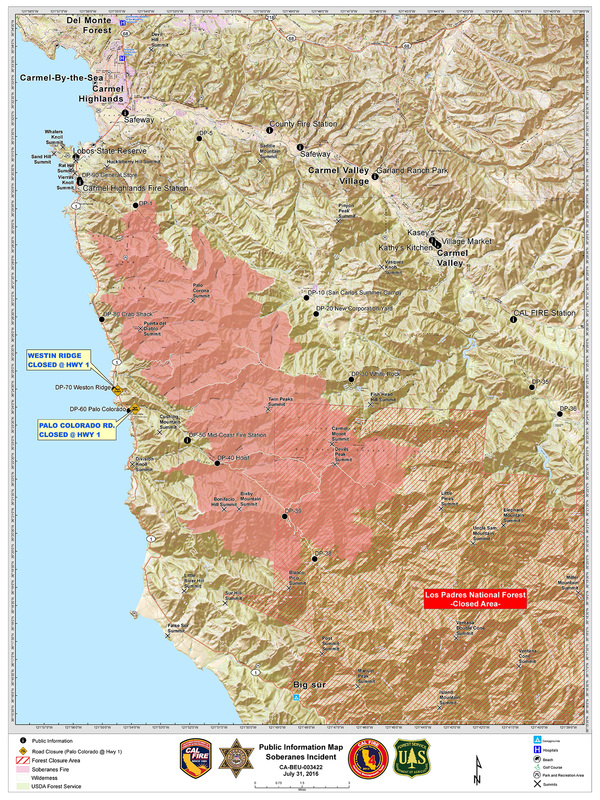