I have attached the latest unemployment and industry jobs data. Our next local area press release is scheduled for September 16, 2016. You can find the schedule for releases at http://www.labormarketinfo. edd.ca.gov/LMID/Data_Release_ Schedule.html.

Did you know that gasoline prices were down in the Bay Area by nearly 66 cents in July compared to year-earlier figures? Or that workers in the San Francisco metropolitan area earn about 51 percent above the national average? We invite you to explore recent news releases on Average Energy Prices and Occupational Employment and Wages from the Western Information Office of the Department of Labor’s Bureau of Labor Statistics (BLS).

Headwaters Economics, a Montana-based nonprofit, provides an easy-to-use tool to assess Populations at Risk (PAR). Looking at subjects such as young and elderly populations, race and ethnicity, educational attainment, individuals and families in poverty, and more, it uses American Community Survey data to create reports about populations at risk for adverse social, health, or economic outcomes. Each subject includes explanations under the headings “What do we measure on this page?” and “Why is it important?” To begin, choose “Select from List” on the right side of the page above the map. Then select California and your county.

The Employment Development Department (EDD) released the data included in this e-mail earlier today. These data, as well as other employment and unemployment statistics, will be available on the EDD Internet site at www.labormarketinfo.edd.ca.gov later today. If you need assistance obtaining additional data, feel free to contact me.

Between June 2016 and July 2016, the total number of jobs in the San Francisco-Redwood City-South San Francisco MD, which includes the counties of San Francisco and San Mateo, increased by 1,300 jobs to total 1,084,900. 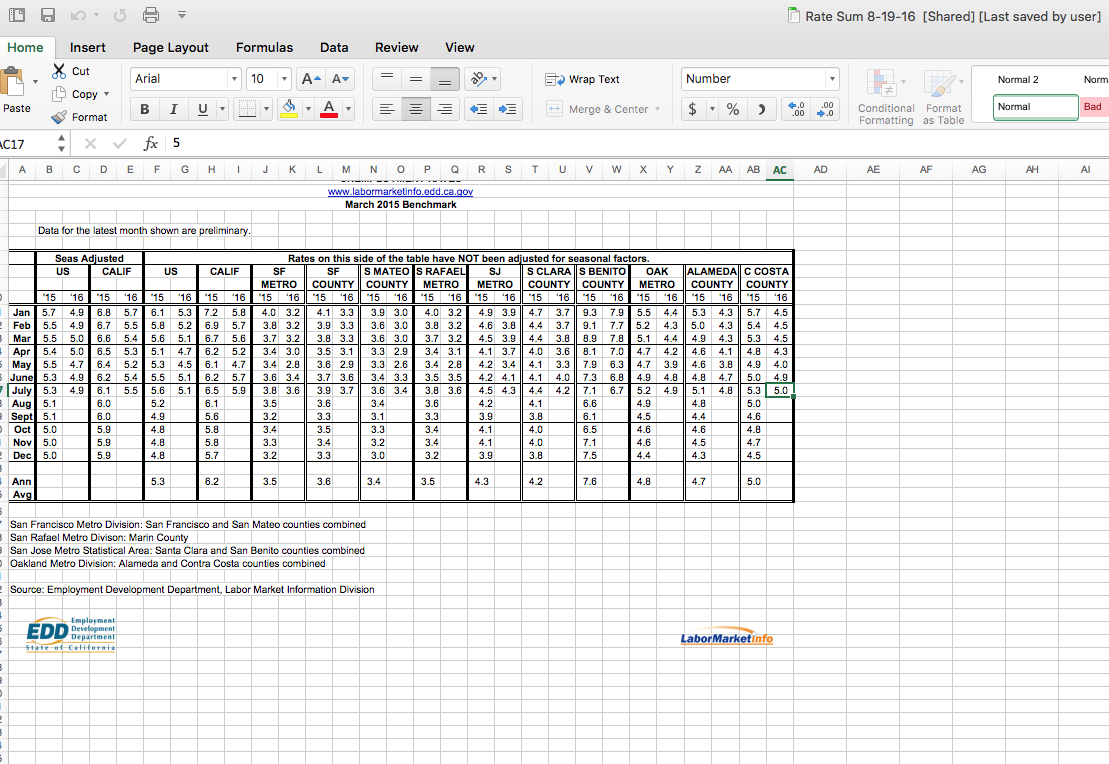