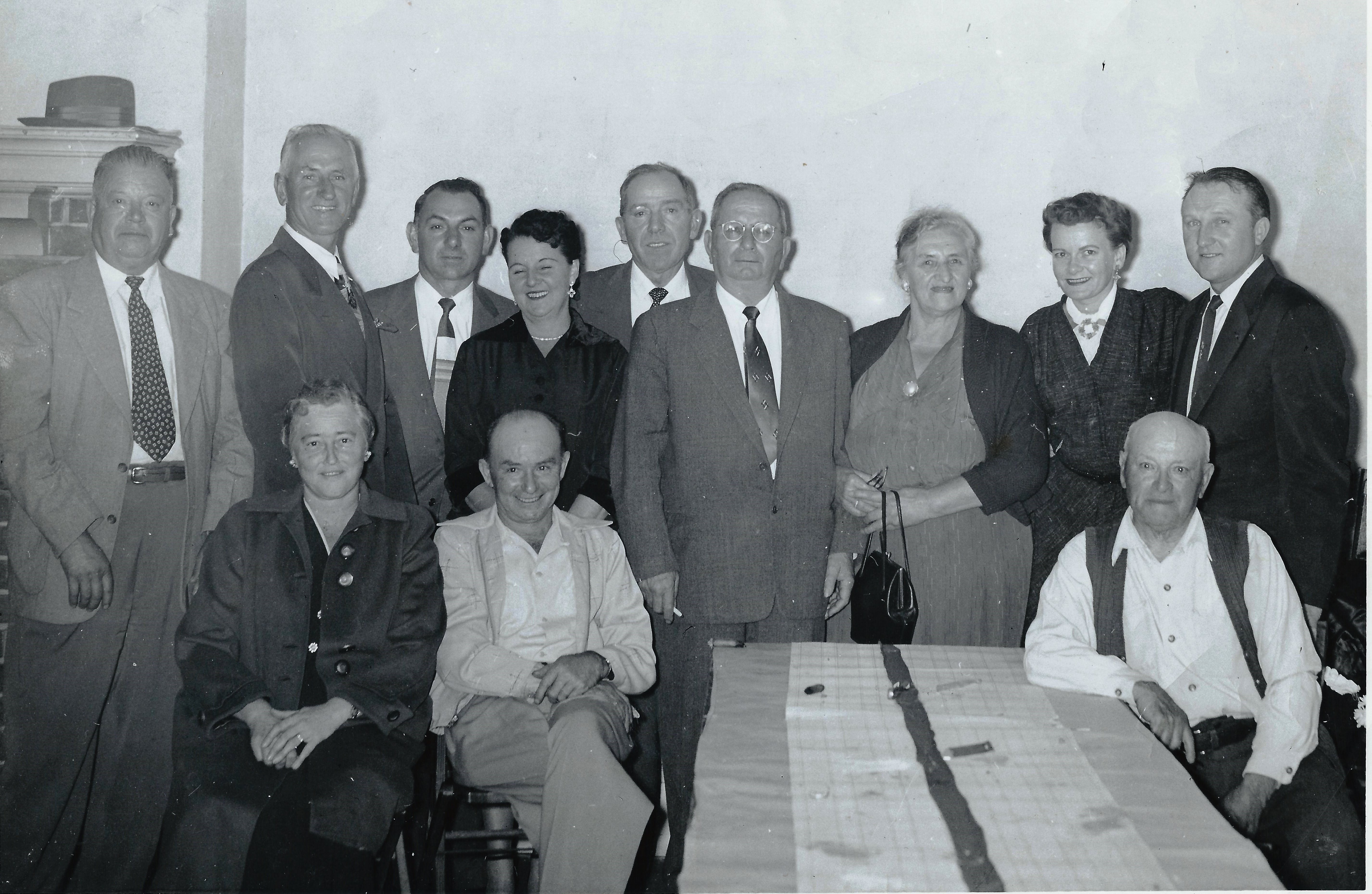 As we continue with “A Centennial Is Being Celebrated”, with the one hundredth anniversary of the founding of the South San Francisco Italian American Citizens Club, and with the numerous events occurring throughout the remainder of this year, it’s important to look back at some of the reasons why the organization was initially founded. With millions of Italians immigrating in the late 1880’s and through the early 1900’s, feelings of resentment began to surface towards Italians. What had a hand in the spreading of negativity and prejudice towards Italians was the Mafia organizations, mainly in the East and South East (bringing their brutality also on the Italians and non-Italians). Additional incidents that occurred, such as the mass lynching by vigilantes of Italians in various cities (14 just in the city of New Orleans), the death penalties given to Sacco and Vanzetti (later evidence found both to be innocent), not being accepted in schools,  churches, restaurants, or social community activities, and finally the laws of prohibition. When the United States government established tight quotas just on Italian immigration, tearing families apart, Italian organizations began to form and become more involved in supporting their community of Italian Immigrants.

During this period, in South San Francisco, a city of various business and industrial factories, work was available. Italians took advantage of the opportunity to live here and were looking for the possibility of having a better life.  But the negativity was also beginning to occur in the Bay Area. Italians could not be hired “full time.”  They were hired to work at lower wages.  They had no benefits.  And newspapers began writing negative articles, with politicians from nearby cities commenting that South San Francisco Italians were making and selling wine against the laws of prohibition.  Prejudice was beginning to lift its ugly head and become widespread.

As a result, a group of South San Francisco American citizens of Italian descent began to unite and saw the need to form an organization that portrayed the positive image of Italians in our area.  This was the reason the Italian American Citizens Club was founded on December 7th, 1916. During the early ‘20s, the few members of the IACC sought to recruit Italians to become citizens, taught English to small groups in their homes, and began seeing a growing voting membership. In the late ‘20s through the mid-‘30s, the club was respected to the point that school, city, Sheriff and county candidates for office would appear before the membership hoping for their support.  The social events, which were open to the community, included dinners, picnics, the sponsoring of a soccer team and two parades per year; one on Columbus Day (with an elected city-wide Queen) and one for the 4th of July (showing their allegiance to the United States). Other Italian organizations and clubs of other ethnic groups were invited to participate in the parades, showing the acceptance and the unity between the various groups in our city. The monthly meetings, since 1916, were held in the Italian Language until April 1st, 1926, when English was installed. On January 6, 1927 the members voted to open their meetings with the Pledge of Allegiance.

Look for the next article on the Centennial History of the Italian American Citizens Club, covering the years of the late 1930’s through World War II.

My name is Paul Marsili. I had a cousin, Roy Uccelli that belonged to an Italian American ‘Club. A friend of mine Mr. Jim Eli was also involved.

I am trying to locate and contack Jim Eli.
can you be of any help?

THANK YOU FOR YOUR RESPONSE; HOWEVER I HAVE NO IDEA HOW TO CONTACT JANAE MORALES. CLICKED ON HER NAME AND NOTHING HAPPENED.

Hi Carol,
Please try this direct link janae333@sbcglobal.net and let us know if this works.
Thank you.
-ED

pLEASE ADVISE AS TO JOINING YOUR ORGANIZATION.

[…] on December 7th, 1916 and the festivities that would be celebrated this year. The second article (CLICK HERE) focused on the hardships and the prejudices suffered by Italians, not only throughout the country, […]

[…] To read the next article in this series CLICK HERE […]