As the November elections draw closer more focus is being shifted from the national spotlight to more local concerns including our South San Francisco School District School Board. We ask our readers what qualities do you look for in a School Board Trustee? {edit: It appears this upcoming Wed Aug 17th is the last day to file for this November election}

Below are the 3 South City residents who have filed for this upcoming election. Currently there are 3 open seats as shown by Shape the Future:  1 two-year seat and 2 four-year seats. As of today these are our 3 candidates: 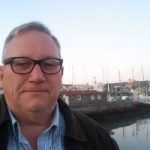 Scott Grindy is seeking a 2 yr seat on the SSFUSD Board
Photo: Linkedin

Scott Allen Grindy has qualified for the 2 year seat and is noted as Manager/Harbor Master and resides at Oyster Point Marina. Grindy came to SSF in 2012 from The Port of Everett in Washington State after 8 years of serving as the Ports facilities and security director. In 2012 Grindy was hired for the position of San Mateo County Harbor Master and resigned in 2015 amid contention & subsequent claim against the District.  Prior to his employment in the Maritime industry, Grindy had been the facilities director of multiple educational facilities. 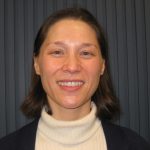 Daina R Lujan is seeking a 4 year term after serving as a SSFUSD Board incumbent
Photo: SSFUSD

Daina Lujin has qualified for the 4 year seat and is our current SSFUSD appointed incumbent, who has been a SSF resident since 2009 and is a Principal for a Millbrae School. Lujin is a mother and serves on County boards (Transportation Authority’s Citizens Advisory Committee and the City/County Association of Government’s Bicycle/Pedestrian Advisory Committee) and is a former SSF Planning Commissioner. 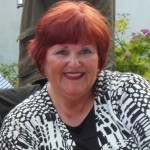 Patricia Murray has filed for the 4 year seat after serving on local PTAs for the past 2 decades
Photo: ESC File

Patricia Murray has also filed papers for a 4 year seat having been in PTA leadership at the school and council levels for nearly 2 decades, the PTA President at three schools (sometimes at two schools at the same time), VP, Secretary, and more. Murray has 3 children who have been educated in our public schools and have been graduated.