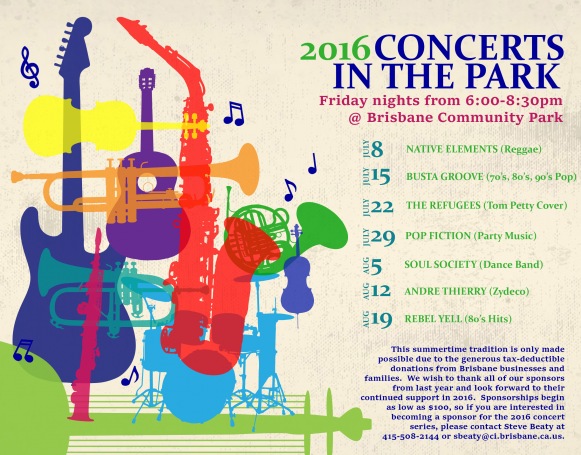 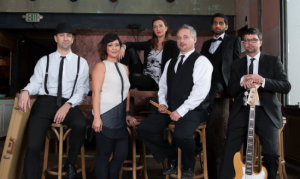 The Soul Society Band will be performing at the Brisbane Community Park Friday August 4th.

Join us for the fifth concert of the 2016 Summer Concert series in the park! This concert will feature Soul Society – a dance band. Join us at the community park for music under the gazebo starting at 6:00pm to kick off your weekend! Next week, August 12 enjoy Zydeco music presented by Andre Thierry and on August 19th dance to hits from the 80’s by Rebel Yell! 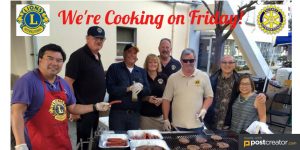 The first in the San Bruno Concert in the Park series kicks off this Friday at 6pm with Rebel Yell playing hits from the 80’s through today. Concerts in the Park are held each Friday evening during the months of August and September! Enjoy the fun, free music concert series at the Rotary Pavilion at 6:00 p.m., beginning Friday, August 5. Come hungry and enjoy the food cooked up by the San Bruno Lions while supporting a very good cause!