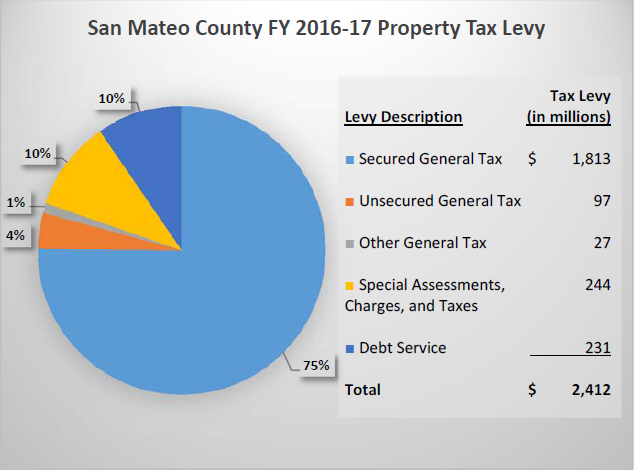 The second largest portion of the levy is from special assessments, charges, and taxes, totaling $244 million. This include charges placed on property tax bills for services such as sewer maintenance and flood control. Levies for debt service account for $231 million and consists primarily of voter approved general obligation bonds for schools.

Per State law, the Board of Supervisors adopted the secured tax rates and levies on September 20, 2016.

The annual calculation of the General Tax, debt service, and special charge levies is a multifaceted process with inputs coming from numerous state and local government organizations, including the Assessor’s Office, State Board of Equalization, cities, school districts, and special districts.

“We are always pleased to complete the tax levies,” said Juan Raigoza, Controller. “It’s a huge undertaking for our office each year.” He continued, “The total countywide levy rose 6.8% over last year.”