UPDATE:  SSFPD have reported this incident stemmed from a family issue, no arrests were made, and no injuries were sustained. One person was taken to the hospital for a medical condition unrelated to this incident. We thank the SSF Police for providing us with correct information and for serving our community. – ESC

South City resident Jason Glines reported a massive fight took place on the 500 block of Commercial Avenue last night. “The fight appears to have started around 9:50pm” Jason reports “Officers were called and had things wrapped up by 11pm.” Although he didn’t have official reports, Jason said he believes there was one arrest and possibly 2 people were taken to the hospital with injuries.

If we receive more information we will update. 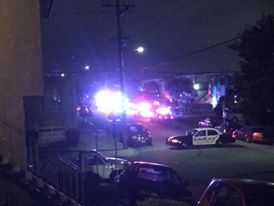 Saturday night fight on the 500 Block of Commercial brought a large police response to take care of matters. 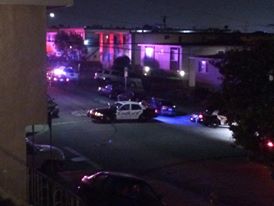 Stay safely inside should you witness police activity in your neighborhood, let the police handle the situation.