Recognized for creative use of social media for their campaign: “Rad American Women A-Z: The Countdown to Rad”

SOUTH SAN FRANCISCO, Nov. 4, 2016 – Usually the ABCs are reserved for teaching children at a young age how to recite the alphabet, but when it comes to the South San Francisco Public Library, they’ve taken the ABCs and turned it into a powerful social media campaign that is getting state recognition.

“Rad American Women A-Z: The Countdown to Rad,” was selected as a winner by the California Library Association‘s PRExcellence Awards Committee in the “less than $5 Million: event or campaign” category. The campaign was chosen based on its creative use of social media in promotion of The New York Times bestselling children’s book “Rad American Women A-Z: Rebels, Trailblazers, and Visionaries Who Shaped Our History…and Our Future!” 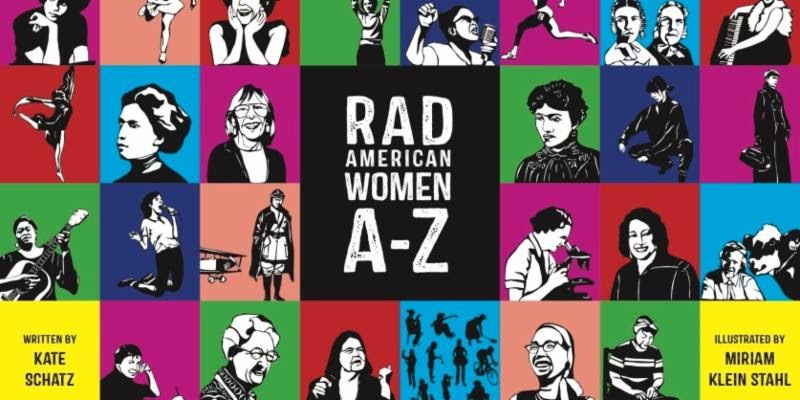 “Social media was critical to the success of this project,” says Librarian Anissa Malady. “The rich visuals and empowering message really engaged our community, which helped to organically spread the word about the book and generate interest about our author talk event.”

The campaign, a colorful countdown to a library-hosted event with author, Kate Schatz, and illustrator, Miriam Klein, consisted of image and information posts each day on the library’s social media channels starting with A for Angela Davis, B for Billie Jean King, C for Carol Burnett, D for Dolores Huerta, E for Ella Baker and ending on the day of the event with Z for Zora Neale Hurston. The Rad Woman of the Day posts shared links to related materials available for check out at the library.

“One of our most successful days of the campaign was ‘E is for Ella Baker,’ where we linked to the Ella Baker Center in Oakland. We were able to let people know not only about our own collection of material about the brilliant, black hero of the civil rights movement, but also about the great work the Ella Baker Center is doing in our neighboring city of Oakland,” says Malady.

Engaging with the Ella Baker Center and their 14.9K Twitter followers resulted in many retweets and a lasting connection with the organization and their followers.

The PRExcellence Awards, given out last night at the 118th annual California Library Association Conference in Sacramento, honor the highest quality efforts of California libraries in promoting and communicating their message to their customers. The library’s campaign was also featured in a special panel session, “Become a Marketing Superstar: Learn from this Year’s PRExcellence Award Winners” at the conference this week.